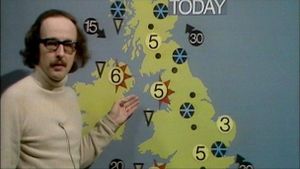 "This Thursday's forecast it's probably going to be cloudy with a chance of meatballs..."

The Daily Forecast, introduced as part of Godville's third birthday celebrations in May 2013 [1], is a section of the Godville Times where heroes and their gods can see what unusual cosmic effects, if any, are acting upon the denizens of Godville on that day. Either exactly two special rules will apply on any given day, or none.

The winning forecast choice will be denoted with a 🗳️ (ballot box emoji) the next day. The vote only influences one of the two possible forecasts as shown on pictures of the gallery, but there is still a possibility of having no forecast displayed as it was already the case before.