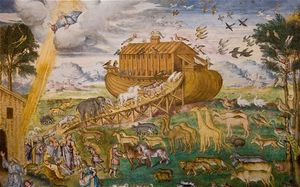 {{Diary|title=100%|text=03:14 Notes from the sail: Apparently, there was no more space for beasties in the ark, so I was lucky to exchange it for a treasure.}