Brew a storm in a teacup 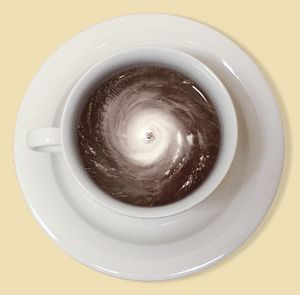 This is a quest that many heroes and heroines struggle with, mainly because they don't possess a teacup. The traditional drink of Godville is beer, not a nice cup of tea! Come on, already! Tea is consumed mainly by peaceable monsters like Tea Rexes and Presidential Seals.

What does it take to complete this quest?

Voilà: a storm in a teacup!

An unfortunate side effect of the spell is to render the hero convinced that this quest is far more difficult and time-consuming to complete than any other (including epic quests). The affected champion will thus bore every other hero in the area by complaining unceasingly about the enormous amount of effort it took. There is only one way to stop him from droning on until the end of time: smash the teacup.[3]