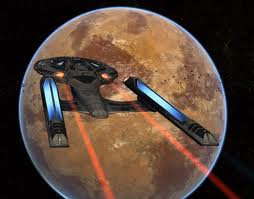 Hero
Quest
#1
Boldly go where no one has gone before.

The quest that is feared by many. Many heroes prefer to die than complete this quest, but they soon find that dying just makes them restart the whole thing all over again. In this mission, the Hero must find a specific location that no human knew existed. The place could be a cave, an underground tunnel, or even a ghost town. Finding such a place is the reason for its high difficulty rating. When they have found the location, heroes are to place a flag with their names on it to let others know that this place has been found. Evil heroes have been known to replace the name on the flag. Some are found out, some aren't, but it all depends on whether the person who assigned to mission knew of the place.

The name states that the hero must be bold. Any hero that notices this must know that this means there will be danger. Deadly danger. Who knows if the cave he just found has a three-headed lighning breathing dragon in there? Maybe the hole in that collosal tree has a swarm of flesh eating dogs with rabies!! As always, there is a hint of death in the quest. Anyway, the hero takes 90% of his/her time looking for a place, 9% of the time fighting monsters, and the rest going back to Towns. Throughout the quest, heroes may pass through half the towns located on the map, maybe more, maybe less, depending on how far the traevel in their searches. Some heroes rarely go past 150 Milestones and still complete the quest.

Please note that for obvious reasons this quest gets harder and harder as more people complete it.