The Bipolar Bear (Ursus biadfectus) is a tamable monster of a constantly changing personality.

The Bipolar Bear was accidentally created when a man in Concrete, Washington used a cursed Babylonian coin at a wishing well in a Chinese restaurant to wish for a woman that loved him forever. This coin caused all wishes to go bad. Later when a girl named Audrey wished for her teddy bear to start talking, it turned true and turned the bear into a Bipolar Bear. 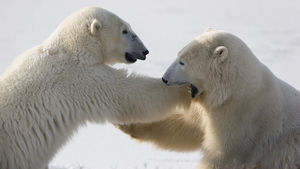 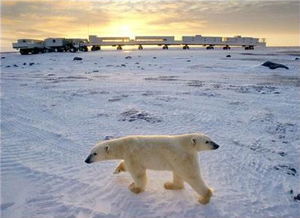