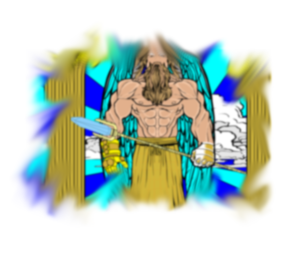 A fair and just God... born of Hades, outcast to Asgard. As a youth struggled to understand why he was different. One day, a message of his origin was delivered, and he was to return to the realm which housed Godville. His orders: Deliver a hero, one unlike any other seen in Godville. With that he created from mirror shards, clay, boars fur, and wheat barley the hero known as Narcisst. Will the God Known as Belialevil rise amongst gods? only time will tell.

Mr. Wilson once went under the name narcisst, where he found the D3ADP00L guild. Under the guild with his fuel and love for tacos and beer, Wade blessed the land in his lords name.