The Dagger Of Ranks: 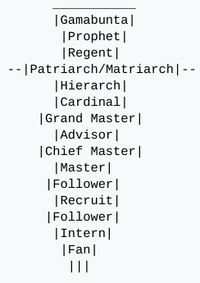 The story behind BattleToads:

There was once a wonderful hero who was just plain awesome, and he was so awesome that he went to kill a evil witch. But... he was very reckless so when he rushed in screaming his legendary battle cry; FOR PONY! he promptly got turned into an talking toad. He returned to the town as a talking toad, and the townspeople mocked him and threw stones at him. In shame, he left the town for good. Four heroes, known as Addicas, Scarlet The Scrappy, Toms humble servant, and Scum toad saw him and listened to his sad tale. Then they took pity on him and formed a guild in his honor. Their gods liked the idea of a guild in honor of toads. Then BattleToads was born!

To convince your hero to join our guild, send this command to your hero.

For largest chance of success, send the command while your hero is outside of town.

Please put something here. Thank you.

Astril I hope you are now in a better place...I miss you so much you know?!?It breaks my heart knowing I dont have anyone to talk to!May you Rest in Peace now Astril... -Shemila

Goodbye Astril, you were a wonderful member of our guild, always making it a funny and enjoyable place -Thanos55555

The Guild Council Topic can be changed once every 24 hours

To hold an election, a guild must have at least five members ranked Cardinal or above. Guild leaders are selected every three months from candidates ranked Hierarch or above, by a vote of members ranked Cardinal or above. To win, a candidate must be voted for by at least 25% of eligible voters or five votes if 25% of all eligible voters is less than five.

Once voting closes, the votes are tallied and the winner is declared. The winner is automatically given access to the controls on the Guild Control page.