Difference between revisions of "Aura of totemism" 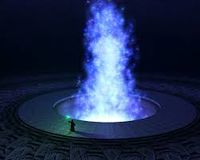 The Aura of Totemism surrounds your hero as a bright, sea blue colored flame when your hero encounters the totem monster of a hero's guild. The aura can also be obtained by solving the Godville Times' daily crossword puzzle.

The precise effects of the aura are currently under investigation, but random, unconfirmed effects seem to include: