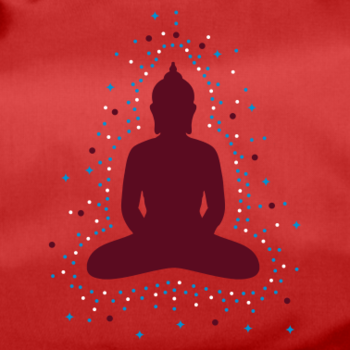 Although it is commonly believed that this aura stops the hero from blowing his money on anything like drinking, buying equipment, partying, or anything that wastes money in general, the actual effects of the aura are far more mundane. While it is true that heroes with this aura will not spend money drinking and partying, this is more due to the color of the aura and not due to any purported psychological effects. Although the bright red of the aura doesn't affect the hero directly, it does frighten tavern keepers into thinking that the hero is possessed. As a result, they deny such heroes access to their establishments, just in case they might scare their regular customers away. Thus, this aura allows heroes to "resist" the overwhelming temptations encountered in Beerburgh, the Sodom of Godville. This is particularly useful because it forces heroes to either save money (on beer); or to sacrifice it (giving you Godpower); or to buy health essentials. This means that he can amass a fair bit of gold, allowing you to try to melt it into a gold brick.

Since it is well known that all traders have signed demonic contracts, it comes as no surprise that they are indifferent to the aura, and thus open their shops to such heroes. Likewise, such heroes will still be seduced by shiny, new equipment and gold bricks.

Unfortunately, temple-owning heroes with this aura also find themselves able to "resist" the temptation to save money for retirement, so this aura may become a double-edged sword later in heroic life.