Difference between revisions of "Attempt to believe it's not butter" 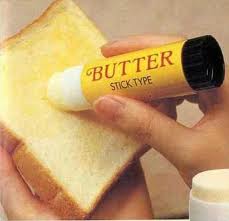 Difficulty: 7/10 There are two approaches to this quest. Both work but one is wrong. One is to believe that it's is different than butter and the other perspective says that "it's is butter and the goal is to attempt to believe a lie.

Few people in Godville have ever had real butter. What they have had is it's. It's is a substance that tastes like butter, feels like butter, and looks like butter. However, it's is a butter substitute that is butter to the consumer but it's actually is made completely differently. The only to truly know what your product is, is by being an omniscient god or by seeing it get made. Butter is more expensive and harder to make than it's so it is a general fact that it's is far more common. That is however not widely regarded as fact though. Long ago there was only butter. If it looked, tasted, and felt like butter than it had to be butter. When it's came out, it did so quietly. People got it although thinking they were getting butter, and they never could tell the difference. The same ignorance encompasses most people today. There are even people making it's who don't realize its not butter. Therefore a hero can only be expected to attempt to believe it's not butter.