Difference between revisions of "42 - THE answer!"

Forty Two: the answer to life, the universe and everything... even if we don't know what the question is just yet! Alternatively the answer to 6 x 7, 6 × 9 (using base 13), or the change left after the idiot has just spent 3513 gold coins on a water pistol and a trip to the local tavern.[2]

As and when you're in: think about adding ★42★ to your motto (go ahead and "copy 'n' paste" those 4 characters into the beginning of your motto:!)... not a must - that 25 character limit is pretty brutal anyway, but if you've got space, it'd be a cool sign in the pantheons!

You've joined the guild - what now?

First of all, welcome to the guild! We're all thrilled to have you here, in GodVille's most popular guild.[4] Now that you've joined, consider adding as many fellow guild members (particularly those active in the guild council) to your friend list. If you don't have enough Invites, hold onto your towel because there is no need to worry! Write a message or two into the guild council and let everyone know you want to make friends but are lacking the resources and your cry for help will definitely be met by

and surely many others. Now, just sit back and enjoy being in a wholesome and comfortable environment that may lack some of the perks, but also all the anonymity that you may have received had you joined one of GodVille's many other marvellous guilds! 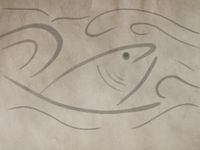 , check the Godwiki, or... view the source code of other cool-looking guild pages, to see how they do it :D!