Knewred is the god of a small group of people known as "the Colours". The gods and heirs of this tribe had Knew put in front of their name. They distrust strangers, and any attempt to watch them is unwise, as it normally results in death. 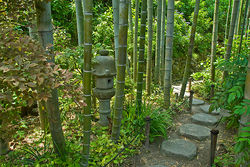 Forest of the Colours

The tribe consists of 10 people, 2 of them leaders. The leaders are Red and Green, the 4 hunters are Yellow, Black, Blue and Orange, the fortune teller is Purple, the spy is Aquamarine, the builder is Pink and the heir of god is Knewblack. They used to have a Brown and a White, too, but they were killed in a fight with another tribe. Knewblack does not live in the tribe, nor did any other heirs. Instead, he was born in Godville and does not know about "The Colours". Only once he becomes god will he know.

The Colours are based in Forest of the Colours on an island to the south west of Godville, named Land of the Colours, and all the Knews end up there sometime or another (see Knewgreens poem) It is not on any maps, as it has been excluded as a part of the mainland. A temple, guarded by a ferocious dragon is in the centre of the island, and it is said that when the heir is ready, the dragon will allow the heir to touch the ruby at it's crown, thus turning him into a god. This may be why the Colours worship flying monsters.

Normally the location is passed down through the many Coar languages there are.

10,000 years ago, there was a hero named Knewred. He was named after his gods father, Knewred (the first). He was born in Godville, and he worshipped a god named Knewgreen. He did quests, built a temple and prayed. Gods are not invincible, so while age can not hurt them, they are vulnerable in battle. When Knewgreen passed away, Knewred took his place as god. The Knew's remaining allies told him about the "Colours" and he did his best to give an age of peace and calm to the small group. After a while, he realised that if he was to continue the job of god through the hands of the Knew's, he would have to get a successor. He created a minon named Knewblack, and began to teach him as he was taught before. Soon he realised that Knewblack was lazy and stupid, and now whether or not he will succeed Knewred, is debatable. 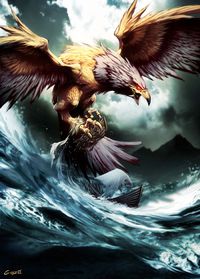 The Colours are a religious tribe, and are superstitious in many ways. They worship flying monsters, the stronger the better, and there have been many cases of Grayscaled Dragon being tamed by them. Legend has it that when an heir is chosen, he becomes a Millennium Falcon. When their transformation has completed, they soar into the sky as a god to remake the Circle of Eight powers (see below). This is not believed by many, especially as hundreds of Millennium Falcon are killed by the Colours each year.

Others believe it to be true, supported by the fact that Knewblacks eyes are sometimes seen to be glowing bright red when he's angry, just like a Millenium falcon. Others say this is a trick of the light, or he's part Rocky raccoon.

Knewred was taught kindness when he was a hero, and he is trying to pass that on to Knewblack. Although Knewblack is lazy and obnoxious, Knewred cares for him more then the Colours, having never lived with them himself.

The circle of seven powers

Legend has it that in the beginning of The island of the Colours, six other islands were created by eight all-powerful gods each representing a different sin or virtue. There was NuCoar, the god of mystery, Gaz-mion, the god of laughter, Herren, the god of greed, Falzeer, the god of truth, Pareena, the goddess of love, Fareel, the god of lies, and the dreaded Drac-Tairl, god of evil. All eight created their own people and land, and we have been able to take the following information about them.

These were killed in the war of the Maiilae, but their islands and tribes still exist. NuCoar had a child before he died though, the first of the Knew Sequence.

This was caused by small squabbles between the eight gods, and their tribes. Fareel and Falzeer, while twins, both had what the other despised. Drac-Tairl was the first to speak out, saying that lies could make them powerful, and allow them to override all other gods. Pareena was disgusted by this, and when she realised Drac-Tairl was going to carry it out anyway, and tried to convert his battered tribe. Drac-Tairl realised almost instantly what was going on, and attempted to murder Pareena. Gazmion and Falzeer were appalled and defended Pareena, while Fareel and Herren fought with Drac-Tairl. NuCoar kept his feelings to himself, and did nothing to fight. Fareel and Herren then made a deal, they would take the throne all for themselves after Drac-Tairl won, by killing him. Naturally, Greed and Lies worked perfectly. When Falzeer found out, however, he warned Drac-Tairl, and Drac-Tairl slayed Herren, and Fareel fled. How did Drac-Tairl reward Falzeer? By attempting to kill him, of course. Fareel promised to help Pareena, Falzeer and Gaizmion, and they accepted. While Falzeer was in a vicious tussle with Drac-Tairl, Fareel slew his brother. Pareena, horrified by the violence between whom had been the eight best of friends, walked toward Drac-Tairl and asked him to finish her life. Drac-Tairl instead condemned her to torture. Gazmion, enraged, killed Drac-Tairl, and, in his blind rage, Pareena too. Horrified, he slew himself, and the only one left alive was NuCoar. He poisoned himself to rid himself of this time. Thus ended the partner ship of the eight.

Six of the seven islands sunk when their gods died, but NuCoar's son kept his fathers creation alive. He was a young boy, only eleven or twelve when he was proved as the heir by the great guardian of NuCoar's old residence, now a temple. Below is a history of NuCoars descendants and their greatest achievements, from oldest to youngest.

NuCoar's son, 11-12 years old when chosen. Never shy to make a decision, often acted rashly. Almost sunk the entire island in an experiment, creating the great lagoon to the west side of the island. Was fond of experimenting, and is mainly responsible for the people there with talons or scales and all. The people now regard this as natural, and even admire each others unusual growths. One was known to have long wings sprouting from his back, and could even use them. Slain by a Double Dragon at electron size.

Only 6 when chosen, has never wanted to shoulder responsibility. Did nothing for his people, and let them starve while he feasted. Was slain by a sudden decrease in power, which he got, as all gods do, from prayers. Known as the first god of the dark era.

23 when chosen, always angry and unforgiving. Never rewarded those who did good, only punished those who did what he deemed to be bad. Reduced the tribes population to 12, and was slain by the guardian dragon, fearing he would do more destruction.

15 when chosen, preferred to be called Knewred. This is where the name Knew first appeared in the family. Worse then NuYello, led a time of despair to the people, but somehow let them thrive in this darkness, making people live whole lives in a shadow of evil. Because the Guardian dragon was not allowed by his creator, NuCoar, to kill a god who let the people thrive, so Knewred lived for the longest of all the gods in this family, apart from NuCoar himself, at an almighty 3,000 years. No one knows how he died.

Grey may seem to be evil, but Knewgrey, chosen at 24, was the opposite. He gave the tribe only one year of respite before he was slain by his own son, KnewPurple.

11 when chosen, loved to punish and slay, but at 1,930 he was filled with remorse and suicided. It is believed his son may have had something to do with it. His death signifies the end of the dark era.

Chosen at 34, was fond of puzzles and rhymes. Taught a lot of his tribe these, helping them keep secrecy.