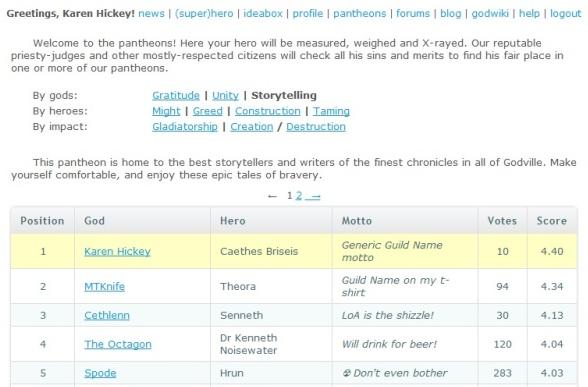 On Day 608 g.e., Caethes again made the newspaper. This time she was drinking with reporters while wearing invisible pants. 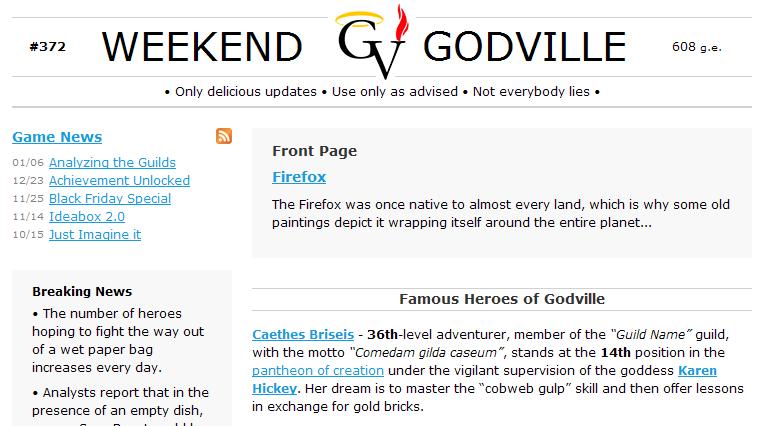 !Day 524 g.e.↻
10:01 I had a strange dream – a zombie wanted to eat my brains. It lumbered over, knocked on my head a few times, then mumbled something in disappointment and walked away. Weird.

!Day 538 g.e.↻
12:21 The healer told me that if I keep suffering strong blows, my vital organs may be damaged. Luckily the last one struck my head.

!Day 547 g.e.↻
11:11 Crazy scientists have given me another quest to undertake: Follow the golden brick road and ask the wizard for some brains.

Hero
Quest
#117
Follow the golden brick road and ask the wizard for some brains. (completed)

!Day 570 g.e.↻
08:42 (Opponent) called his opponent a goat. Caethes Briseis got offended and kicked him with her hoof.

Toto also tamed pet fleas, who actually worshiped him. Toto's flea died trying to save him, so the burial wasn't as traumatic, I'm sure.

The Goddess Karen Hickey can also be found as the human KarenHickey on Shakes & Fidget.