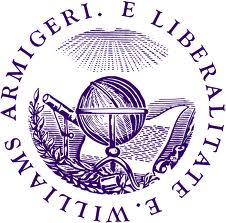 The Seal of the God CRogers; it reads: From the generosity of Ephraim Williams, soldier‎

The Hero Ephraim Williams is a special sort of man, that sort whose full attention you are never sure you have, the sort who seems distracted by something invisible to everyone else. From his chronicles:

"Where most heroes experience an inner monologue, The Hero Ephraim Williams is blessed with an ensemble cast mentally, resulting in a rather fractured mental state. While it makes such activities as questing and temple-building arduous at best, The Hero Ephraim Williams is a better man for it, and enough time at the pub shuts them all up anyway..."

Ephraim is a man dedicated to neutrality, willing to fight and die for his lack of opinions. He is a proud member of the most middle-of-the-road guild he could find, and aspired to complete the achievements 'Saint: 2nd rank' and 'Fiend: 2nd rank' on the same day, thereby demonstrating his total domination over preference. This he achieved on 782 g.e., during a single town trip.

His culinary preferences were laid bare by the muckraking editors of the GV times on 953 g.e.:

"Ephraim Williams - 57th-level adventurer, member of the “Guild Name” guild, with the motto “My Guild has a first Name”, stands at the 156th position in the pantheon of savings under the vigilant supervision of the god CRogers. He thinks that a Three-eyed Cyclops slow roasted in its own juices is one of the finest delicacies that Monsterdam has to offer."

Probably the most OK home a hero could ask for, Guild Name guild is the inspiration for Ephraim's motto:

My Guild has a first Name:

My Guild has a second Name:

I quest with them 'most every day,

Cuz Guild Name is most probably

An OK place for you and me! 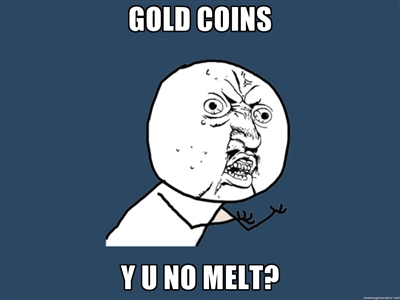 The only known image of Captain Roger Supreme

It was decided by the sage elders of Guild Name that CRogers is in fact short for Captain Roger Supreme, a development welcomed by the god himself. For this reason he is frequently referred to as 'Cap' or 'Capt.'

On 929 g.e., and again on 934 g.e., the editors of the GV Times felt it important to notify the public of the imminent danger posed by the captain:

"Warning: CRogers is busy in the ER, enhancing ideas left and right!"

"Eyewitnesses say that CRogers was spotted working in the Enhancement Room. Woohoo!"

"An honored ER frequenter, CRogers, claims that improving ideas is not really painful."

The captain has no explanation for the paper's sudden fixation.

In an alternate (Russian) Godville universe, he goes by Capt Roger Supreme

He is a total chemistry nerd

The Pastry of Misunderstanding

You! who has been utterly lost amid a fast-moving chat... You! who has had to write ten lines explaining your use of sarcasm... you have tasted the Pastry of Misunderstanding, that bane of text-based communication, and know of its flaky crust. It has most often been sighted in the frequently bustling and infrequently proofread world of the Guild Council, but has also been known to rear its sugary, fruit-filled head in the fora, and even in PMs. This Tart of Miscommunication comes in many forms, but in one way or another it has stricken us all.

Although details of its inception are forgotten, this much is known about that mysterious Danish of Misconstrual:

CRogers is proud of the following original contributions added to the game: