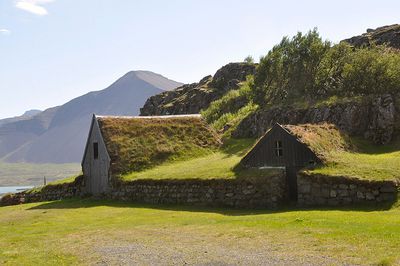 Unnamed towns, also called Phantom towns, are small settlements steeped in mystery. They are simply normal Towns with no name. Little is known about them and they are virtually never discussed. Suggestions that they are glitches have been disproved due to recognition of these unnamed towns in the hero's diary.

The only one of these unnamed towns known is encountered when the hero is heading back to Godville, at the 11th Milestone. A diary entry will say something along the lines of 'Reached some town. Paid a customs fee of *** coins'. The name of the town does not appear in the statistics and neither does a milestone number. However, a hero will do the things they do in normal towns here (eg. visit a trader, waste money at taverns).

At the moment it is not known whether there are more of these unnamed towns, or what they actually are. One suggestion is that they are proto-towns, yet to receive a proper name but which will do eventually (The one at the 11th milestone may have changed to Bumchester which has since been recorded at the 10th). Another suggestion is that they are actually just variations of Hawkers. However, admin have not responded to questions about them, and nobody is currently interested anyway.