What our guild consists of

Underperforming Sinners is a guild of misfits, rejects and lazy heroes/heroines who couldn’t complete quests and upset their gods greatly and constantly. After years of punishment, they have somehow banded together to share their suffering upon other heroes and heroines in Godville in the one place they can – the arena! 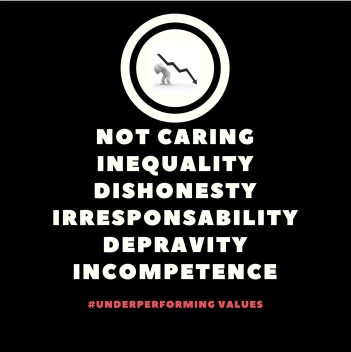 This isn’t an organised, cultured, guild with „rich history“ and high levelled super-heroes like so many others. We don’t have an elite group of veterans, or huge numbers of fans. So, why be a minor character, why be just another face in the crowd, when you can be a significant part, an equal?

This is a little list which includes all active members that are 3 months or longer in our guild. You can ask a page editor to add you or do it yourself if you still aren‘t in the list. It tells something about ourselves like why we joined the guild, where we are from or which is our Myers-Briggs type. But it also includes information about our importance for the guild like duelling a lot (the numbers in braces are the wins divided by losses), adding content to this page or recruiting new members.

Alt of Ngma, from USA, INFJ

From Malaysia, ENFP, dueler (6.0), member of the Night Squad

Alt of Portico, has chronicles, INFP

Recruited by Djeti, has chronicles, from Italy, ENTJ, dueler (3.4), recruiter

Recruited by Djeti, has chronicles, from Singapore, INTJ, dueler (4.4), member of the Night Squad

Recruited by Matteo the Holy and Djeti, has chronicles, from Italy, INFP, dueler (4.2)

Has chronicles, from Russia, INTJ, dueler (2.7)

Recruited by Djeti, has chronicles, from France, dueler (2.9)

Joined the guild because of Standup Jumper, stayed because of Vanillinne, left after they left, told it already at the 19th of June 2018 but really left on the 3rd of October.

What others have thought about him:

Maybe we are soulmates and we don’t even know. Come stalk me instead. I like nerdy guys

Djeti is actually a cool person and he is someone who can have interesting conversations about multiple different topics. And he has a witty sense of humour and he is a dedicated friend who worries about people’s problems even thought it might seem like the complete opposite. His only problem: he never starts with the right foot. If Djeti didn’t start every conversation with new people making an excessive amount of questions and demanding answers I bet he would have many friends. People could also give him a chance and try to know him better, but that’s just my point of view.“

Vanillinne started to write a list with ideas on what to write about Djeti:

“You should try to be nice to people Djeti. Try to fake it at least, because I don’t like how you talk to people.

We’re here to have fun, not being controlled or being told what to do.

The game is fun, you’re not. Even though I appreciate the effort you put into creating the content for the guild, that doesn’t compensate with the headaches you give me when you type in here with all those huge paragraphs of nonsense.

And you’re judgmental. Nobody likes to be judged all the time.

You can be exhausting.

And stop saying the ‘nonpayer’ think. It’s starting to get on my nerves. You’re not special for not paying and who pays isn’t special either. It’s a feature, you can use it or not. Your tone is demeaning and you need to stop judging people."

What he is saying other gods about Djeti:

“don’t make eye contact with him. He’s a cyborg who’s AI is programmed to absorb souls.”

“You’re really bad at reading people, aren’t you? But it’s fun so well.

Still, you’re doing a great job at investing yourself in your guild.

You’re a funny guy. Not sure if impervious, stupid or willingly oblivious but entertaining for sure. Wonder what kind of adult you’ll grow up to be!

Of course, that’s only from godville, so it doesn’t account for much."

Djeti participated at Godville’s First Battle Royale Tournament at the beginning of May 2018 but did not thank for the charges, at the middle of June after they were opponents in a duel they spoke again about that and he finally thanked her. That was the answer:

The entertainment you give me pays me back plenty"

“I’ve never found Djeti annoying. Funny usually at worst but even that’s not a bad thing.

Your mind sorts top down apparently, or conceptually. You have categories that you have definitions for, and as you come across things in the real world you sort them into predetermined categories.

“To be honest I’ve never actually found him to be annoying, sometimes rude but I never think it’s intentional. I just don’t think he knows better. I suspect better social skills will come with more social interactions.“

That are all the persons that are doing additional tasks for the guild. Without them the guild wouldn’t become so popular in the world of Godville. Because of this we wish to have more overperformers in the guild of underperformera. In the moment we have our page editor

Hyt4yhu  , as well as our recruiters

Matteo the Holy   and

Their official foundation was at the 3rd of June in 2018 but it existed before. That was the name

Vanillinne   had for the persons who were still active in the GC during the night. These persons are

The Azure Darkness  . It is unknown if you can still join this group today but being active at night (European time) would be a requirement.

JOIN US TODAY (or not)

We have way more than our fair share of the top duelers, and are very happy to advise, coach, teach, and give training of some sorts to everyone in here to become a formidable force in the arena. We have a vibrant guild council chat which is full of nonsensical conversations, but mainly focused on duelling. Duelling is also the best way of getting experience, levelling up, and of course, acquiring golden bricks and logs for the ark. Our dream is reaching the top of the duelery pantheon, and you can help us do it, because we don’t want to lift a finger (too much effort)!

You consider yourself a good dueler and want to share your exploits and awesome strategies with others? Or… you want to properly initiate yourself in the arena and need some tips?

Then send your hero/heroine our way with this message:

The best way to succeed when launching that godvoice is to be out of town and outside a fight with those stupid monsters. You’ll probably need to send the order several times. Try to wait 15 seconds between each sending if your hero/heroine responds sarcastically to your godvoice, like they always do. 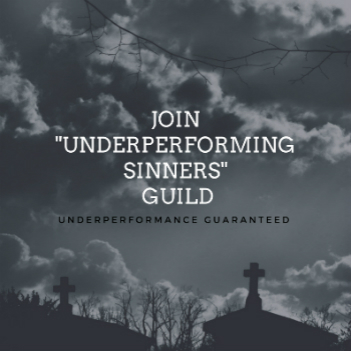 In the first 3 month of membership the hero/heroine will try to join another guild, to avoid that you have to cancel the quest. It’s easy if you follow the hints for sending messages which are already written for joining. But this time you have to send the following message:

It is also helpful to warn others when they are leaving the guild. You can see that at this page.

The first things are the most important. 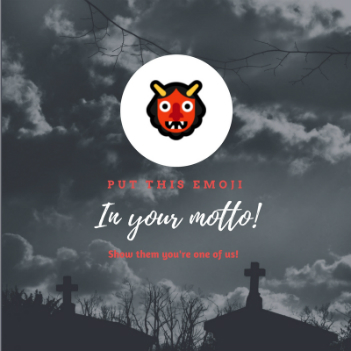 Our Home: The Arena

Duelers are matched against each other based on their victories:

If you send your hero/heroine to the arena you need to write in the Guild Council (GC): R and your group number to warn everyone you're going in.

During that time, no one will launch to arena while we wait for you. Once you're matched you will have to nofity everyone:

- If your hero/heroine hasn't found an opponent after 10 minutes write in the GC: Y and your number.

- If your hero/heroine has entered a duel you write in the GC: G and your number.

Here you can find our best duelers (top 100) at the end of every season.

This means the most points that can be transferred is 25.

Practically, if the difference in rankings is 200, then an upset can transfer 19 points, but if the higher ranked player wins, only 6 points goes to the winner.

If the difference is 100, then the upset gives 16 points, or the favourite winning gets him/her only 9.