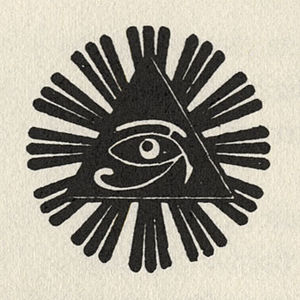 This Third Eye is actually an extra body part a God or Goddess can grow, which is positioned between the eyebrows. However, whereas the normal two eyes see the events of the present, this third eye actually sees specific events which happened in the past. It is interfaced with a part of a Deity's brain which grows along with the eye and links to the occipital lobe, known by the exciting name of 'secondary occipital lobe'.

In the early days of Godville, the diary of a hero or heroine was limited to having room for just 10 entries (only the latest ones), making everything else that happened a mystery to their Deity. However, eventually the Administrators gave Deities the Third Eye — the divine ability to see and capture the most important events in a hero or heroine’s life, even if those events were hours or days ago.

The eye can be accessed by clicking the exclamation ('!') mark at the top left of the hero's diary on the 'Super(hero)' page. It shows the last few important events that happened. The number of important events that can be stored here increases as the hero collects more gold bricks (see above paragraph). The following types of events are the ones considered as 'important' and are therefore the only ones to be stored within the eye :