The Sons of Anarchy

The Sons of Anarchy is a MC guild. MC stands for Monster Crushing.

Ride into this world

Then out of nowhere

You're on your own

On the devils bed

We are always looking for new prospects to join the MC. If you can prove yourself then we will welcome you as a brother or sister.

Once you are in you are family, and we protect our family until death! Even death can't stop us, because we know the secrets to resurrection.

¬10:45 AM "As I entered the town square, a flash mob appeared and sang a rousing rendition of the “The Sons of Anarchy” theme song, along with elaborate choreography, then faded away into the cheering crowd."

¬12:34 PM "A luminous halo suddenly appeared above my head. Seized the opportunity and ran to the city square to preach your word to the townspeople. My guild is going to gain more influence here."

¬09:54 PM "Suddenly, there was news about a golden calf grazing in a field near Nothingham. Mighty One, was that your handiwork? I took this opportunity to declare it a sacred symbol of the “The Sons of Anarchy” guild."

¬05:27 PM "The rain ceased and the sun's rays washed over Nothingham. These people certainly believe now, Great One."

¬09:29 PM "I was preaching about my guild in the main square when there was a sudden flash in the sky and gold coins started raining down. People will remember “The Sons of Anarchy” for a long time here!"

¬07:25 AM "The Sons of Anarchy's members organized a temporary petting zoo in the main square. The people loved it and no one was accidentally mauled."

¬07:25 AM "Just saw a public opinion poll which showed that the citizens of Beerburgh feel The Sons of Anarchy is the least annoying guild of all."

¬07:30 PM "Everyone was excited when “Shepherd's Stuff” announced free beer in honor of The Sons of Anarchy. By the time I got there, all they had left was the bill for 1215 gold coins."

¬10:48 pm "Buck suddenly rushed in front of a runaway cart to rescue a child. I explained to the amazed onlookers that this was standard sun dog training by the The Sons of Anarchy guild. They will be talking about this for some time."

¬ 11:08 AM "Somehow won first prize in a beauty contest, despite not having entered, or even being present at the event! Dedicated my victory to “The Sons of Anarchy” guild before the bemused citizens of Simpletown, who won't forget this in a hurry."

-The Sons of Anarchy is a guild ranked 84th in the pantheon of popularity, consisting of 40 heroes and heroines. Veterans in this guild call themselves “imperator”. Guild's admission tests include proficiency with the “cobweb gulp” skil

Tyloris the Dark One   (Not a First 9, but handles the crappy jobs the real members wouldn't be caught dead doing) 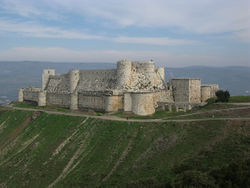 The SAMGRO Clubhouse sits high above the foothills of Godville.

On a brisk fall night, eight heroes and one heroine secretly met in a dark basement to sign a blood pact creating a secret guild free from society's archaic laws and rules.

As the months passed, rumors of the secret guild spread though out the land. Townsfolk whispered rumors of "sons," forged in the fiery caverns of anarchy, who rose above the ashes, and plundered the land of riches.

As legend of the secret guild spread, so did their ability to instill fear in the most powerful citizens of Godville. Armies would avoid entire provinces upon a mere reporting of a single member of the guild. Travelers would report walking into entire towns petrified with so much fear that citizens would refuse to even peer through the windows. Shopkeepers would close early in fear of the guild and mothers would tell their children to eat your vegetables or the secret guild will get you.

Later, with the rise of monsters and the moral turpitude of rival guilds suffocating the people of Godville, the mayor of Godville called out for help.

The secret guild answered the call. The members knew the guild would need to strike fear into the hearts of all monsters and all guilds. They were tired of not being able to walk 10 feet without being attacked by a foul monster. They knew that after finishing a day smiting hundreds of monsters, they would walk into town without the hard-earned glorification, respect, and praise they deserved. They knew that gaining power and influence in towns would require them to combine forces and create an unholy alliance. Using the rumors that they were sons born out of the fiery caverns of anarchy, they anointed themselves The Sons of Anarchy Monster Crushing Godville Original or SAMCGO!

From that day on all those that have opposed them have been destroyed.

SAMCGO rules the town of Godville with an iron fist, and, to a certain extent, has even more power than the local law enforcement. For the most part though, they try to protect the town from outside criminal influences, but also use violence to keep things the way they like it. The Sons of Anarchy participate in a number of legal and illegal activities and businesses to make money, including a weapon running and hijacking.