From GodWiki
(Redirected from Swamp of missed kamikazes)
Jump to: navigation, search 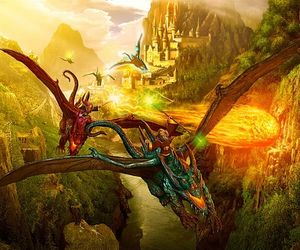 The Swamp of Missed Kamikazes is a dry, rocky, barren stretch of land. The only vegetation is what remains of a few ancient trees long ago scorched by dragon fire along with the remains of dragons scattered about this wasteland. This swamp is considered dangerous to heroes because of the variety of carnivorous monsters which can be found here munching on the visible dragon bones. This swamp is known to be a favorite for Sun Dogs.