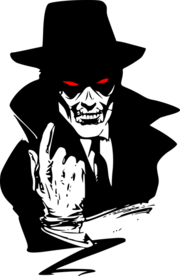 Strong monsters are species of monster that are way stronger than average. Unlike normal and Special Monsters, a heroine will note the start of a fight against a strong monster in her diary and the monster's name will be bolded in the earthly news. [1]

Obviously, strong monsters are way more dangerous than the usual monster but also provide greater rewards. That's why a goddess should supervise a fight against such a foe, in case their champion needs divine assistance. Like any monsters, they can be affected by a prefix.