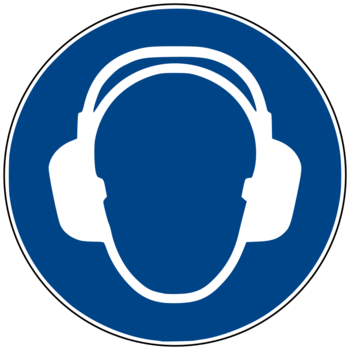 The 'Soundless Sky' guild was originally set up by a group of independently minded young heroes who were sick and tired of following orders from that Voice in the sky. They set about finding ways of ignoring the Voice, mainly through meditation (complete failure) and drink (HUGE SUCCESS). Eventually they struck gold with Skyblue Earmuffs which provided complete silence to the wearer[1] and introduced earmuffs to Godville.

[1]Small print: Despite the shameless advertising of 'Skyblue', the earmuffs can only be described as a partial success due to its complete uselessness against telepathy.

One day, some time after the guild was founded, a member came across an abandoned hero just outside of Deville. After much persuasion (in the local tavern), the hero agreed to enter the guild to teach how he managed to reach peace and quiet. The guild prospered under his teachings and more abandoned heroes were employed. Soon, the guild became a gathering place for the abandoned heroes. But all was not going as planned. A revolutionary faction emerged among the abandoned heroes who considered the idea behind the name Soundless Sky to be a form of Samsara instead of its original concept of being Nirvana. They rebelled against the guild by taming loud pets[2], wearing sunglasses and buying headphones from a foreign company instead of earmuffs.

To this day, the original Silence in the Sky and the rebellious Sky Rave factions cannot agree on what price to sell Skyblue Earmuffs at.

[2] Talking Donkey's are a favourite.

The guild headquarters are usually quiet due to the guild's purpose (nothing to do with the fact that the heroes are drunk an unconscious on the guild floor).