The „Pure Sociopathy“ Guild is primarily designed for its creators - noblest Captopril and kindest Tembel, so that he could quietly bear malice in the Arena, not obeying silly rules, invented by a bunch of bored people.
If you - a true sociopath and misanthrope, then you should be ... in your own guild.
Stay away from us and you will be happy. 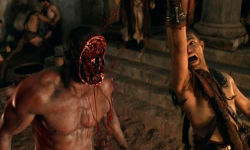 Traditional greeting on the Arena

Just in case. If by mistake you have got the quest to join the guild, use the command „stop the quest“ and maybe you'll live long.
Until the next meeting in the arena.

Strange people, these heroes. We say "closed" - they run to join.
We say "we’re Cruel", they become Righteous.
We ask for silence, they start elections.
What kind of sociopathy is it? This is a real friendship and humanity ..
On the fourth day of the month of October 2016, began wicked Sir Tembel, The Second Prophet of Pure Sociopathy Guild its long journey to the new guild’s establishment. The name and location of this chivalric order are stored in the strictest confidence to prevent future trespassing.
The only person whom was invited to step into this secret order was noble Sir Captopril, the first Prophet and the founder of Pure Sociopathy Guild.