Niyan Muezzin is the host of Daily life of a Hero of Godville Times TV. Initially a one-time special, however, due to popular demand, the show continues to air up to this day.

She is also a co-founder of Wishing Well, Inc. operating at Bosswell.

In compliance to Cusack's command, Niyan also manages Muezzin Cargo and Delivery Services. With the help of her swift and decisive leadership tactics, she lead the guild into becoming a powerhouse among the various delivery services in the world of godville.

A child blessed by the heavens. No one expected the sudden rise of this young vampiric princess of Valhalhea. Peerless at almost all fields of knowledge, even to the point of being entitled as all-knowing, the kingdom entitled her as a Saint Candidate due to her inborn gift that allowed her to connect with the gods. The only odd thing about her is that she thinks stupidity is cool and that she incorporates it into her daily life.

Despite this shortcoming, the god Creoles Cake, main god of and with the kingdom decided to send her to the World of Godville as his representative hero.

However, due to some mysterious error in the process, Niyan Muezzin somehow ended up getting bound to the unwilling god named Cusack, which led from one thing to another resulting to them embarking on a strange journey with two differing goals: to annoy this god to death and to get rid of this annoying follower.

Niyan wearing the traditional clothes of a Valhalhean

Niyan is the exact definition of a haughty little rascal. She'll pretty much annoy you to the limit, all while keeping track of her deeds and making sure she doesn't go overboard. She's the type who'll sit cross legged with a slight grin on her face listening to you complaining while eating her home-made tapioca pudding.

In addition to her pranks, Niyan is also know for her peerless teasing ability, said to make even gods fume in anger. Experts tried estimating her level of skill and concluded that she can force anyone to retire from godhood if she puts her mind to it. There are even cases where gods would force their heroes to give her their gold coints and artifacts just to keep out of harm's way, to which Cusack comments: 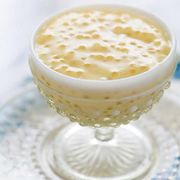 Contrary to her mischievous antics though, Niyan is strangely loyal to her god. Despite her prayers being ignored oftentimes, she still strives to bring glory to her god's name. Even while pranking and teasing and complaining to her god at every moment she could, Niyan would still comply with his unreasonable commands such as managing a guild, building a temple for her god, or even diving into dangerous dungeons to provide a bit more gold for her next offering. When asked about this peculiarity live on Godville Times TV, she was dumbfounded, color of her face slowly turned beet-red, then with panic written all over her face, she asked.

Then, with a slight pause, with a hint of understanding plastered all over his face, the interviewer tactfully changed the topic, carefully avoided mentioning the previous exchange, and proceeded with the interview.

According to Cusack, Niyan also has this habit of putting her favorite tapioca pudding along with the other offerings despite him not requesting for any.