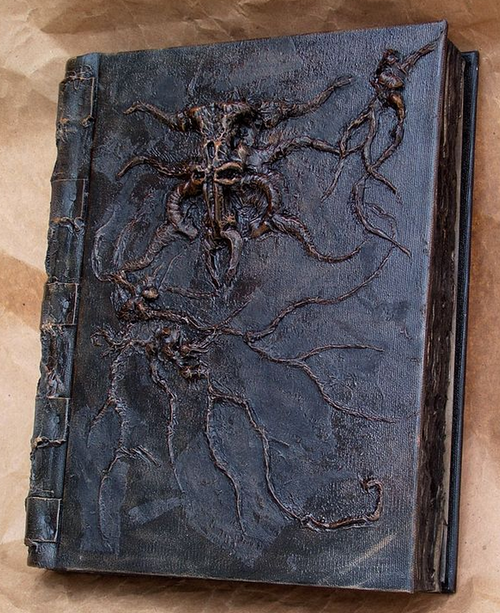 The maledictionary is an artifact.

The maledictionary (not to be confused with the widely circulated "Ale-dictionary" and the ever amusing "Male-dictionary") was originally created as a companion guide for evil heroes. Contrary to being called a dictionary, it is actually a fashionable bi-monthly magazine that constantly redefines the boundaries of evil. (The editors very early on decided to turn Maledictionary into a magazine due to its initially dismal sales.) The magazine's name is a witty portmanteau of the words "malediction" and "dictionary".

They also have a nice little column where you can find out the latest in evil fashions like the newly minted suicide watches that have recently appeared in the black markets. It also features the most happening bars and hangouts in Godville for the socially conscious hero.

The editors have not revealed themselves and insist on maintaining their anonymity. But it is widely believed that they belong to the evil guilds. The only clue given are that the words "I am the ☾reato✔ " that have been in scribed in small print on the back of every issue.

The magazine is widely circulated in all the towns of Godville but is read most widely in towns where evil guilds maintain the greatest influence.

The magazine is wholly owned by the various high-priests of an unknown hero.