One of the Great 10 Magicians of Godville, Magicians Red was actually a turkey, then the turkey generated a humanoid body, and before he/she even knew he became a God. Magicians Red is genderless, due at birth he/she didn't had any particular organs that determine a male or female, so therefore genderless. Magicians Red was the master of fire and heat, and was known of the few who could summon the Phoenix. Magicians Red's hero is Insaneko, which Magicians Red accidentally summoned from another world. Once almost used a skill called "Crossfire Hurricane" which removes a city from the face of the world. 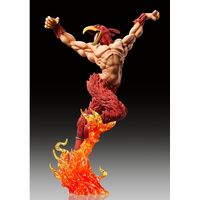 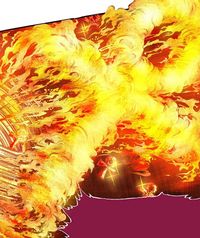