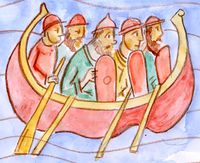 Some progressive Vikings looking for the Lost Pantheon

Gutesjahr  庙畜 (a.k.a. Godville's premier crime duo, the Brown Bag and the Grey Box.... don't grass us to the City Watch or we'll cut you), took the unusual step of merging into a new guild in a futile attempt to make their multi-thread crime caper sitcom a little less confusing. And to cut down on taxi fares. 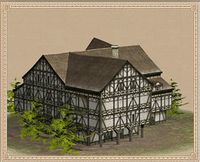 The Guildhall we wanted

The Guildhall boasts such attractions as...... 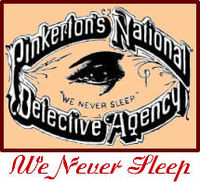 The Pinkyton National Detective Agency, usually shortened to Pinkytons, is a private detective agency established by Pinky the Trojan Horse in 1850. Pinkytons became infamous when they claimed to have foiled a dastardly plot to assassinate

Godville   庙 in the town of Beerburgh, who later hired Pinkyton agents for his personal security during the infamous Troll Wars on the Forum. Pinkyton's agents perform services ranging from Guildhall and Temple security to Pet Insurance. At its height, the Pinkyton National Detective Agency employed more agents[1] than there were members of the standing army of Godville[2], causing the town of Anville to temporarily outlaw the agency due to fears it could be hired as a Private army or militia. Pinkyton is the largest private law enforcement organization in Godville.

During the Arena unrest of the late 20th century and early 21th century, the Pinkyton Agency was engaged to provide agents that would infiltrate Guilds, to keep suspected stalkers out of the Arena, and sometimes to recruit goon squads to intimidate fighters.

The organization was pejorative and formed the North-Western Pet Agency, later known as the Pinkyton Agency.

Historian Tristan Flangebiter writes: "By the mid-1850s a few pets saw the need for greater control over their owners; their solution was to sponsor a private detective system. In February 1855, Pinky, after consulting with six other pets, created such an agency in Godville."

Please leave your name and contact details on the forum and we will get back to you. 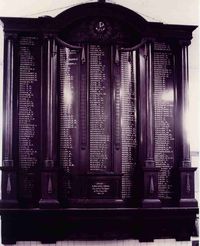 Current Officers and their call signs

Which Guild should I join? 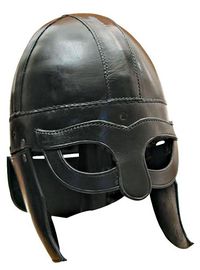 As a special service to our readers we offer this handy guide to finding just the right Guild for you.

Use the Holy Random

Let the Holy Random decide for you. Don't use any "Join Guild" commands and see where you end up. You never know, you might like it.

Join an established Guild, with an active forum.

Join an established Guild without an active forum

These Guilds are well established with lots of members, but don't have an active forum. Come on, be brave, take them on and shake them up.

Join a Guild in need of a little TLC

These Guilds were once great, but now are sadly defunct. They all have a forum thread, so are ripe for revival.

Other Guilds are available

Take a look at the Wiki Guilds page and the Guilds' Headquarters in the Forum & see what you fancy.

You could, but there are enough Guilds now, methinks. Unless you want to start a Beef or Lamb based Guild. Or sausages. There is a huge gap in the market here.

When to use the Join command

To maximise the chances that your hero will listen to you:

How to stay joined!

The cancel your quest command is only used if your hero is already in the guild but foolishly accepts a quest to join another guild! Cancelling may be done in town or when idle. Your hero will wait at least 10 days before trying that foolish stunt again. Once you reach the rank of Cardinal (~4 months) they stop trying to leave (as long as you check in once every couple weeks). If you have foolishly joined Lospanprovik, then the Cancel Quest command is never to be used.

To join this esteemed organisation

Please send an invite to

Gambling is a sin and therefore fun. Currently,

Gutesjahr  庙畜 10 English new pence. And for some bizzare reason

If you have ever wondered how long it takes to get a pet to level 30 read on... The revival costs are what was paid to get the pet back alive. The actual amount you need to cover drinking is at least 50% more than this.

Should something of note happen to you or your minion please use this form and post it on the forum. All you need to do is fill in your name, which you should know, and put a minus sign at the beginning and end of each line that does not apply. It would also be an idea to put * round the bits still there, so it is easier to read[7]. The appreciation of the entire guild membership will then be implicitly assumed. Just imagine that the whole Guild are too busy standing and applauding your achievement to reply.

I, *God name* have done something wonderful for this fine Guild.

Joined / Left / Made it to Cardinal
Started the 100 Brick Countdown
Completed my Temple
Became a pet trainer
Am featured in the Godville Gazette again
Got a spiffing idea accepted by the Devs.
Made it onto the Pantheon of Inebriation / Drunkards / Lightweights
I have achieved another level, thus giving unity a much needed boost
Have wasted loads of Godpower in a town and improved guild influence there, which Blue Feather will negate almost instantly.
Won a heroic skirmish against an unattended player.
Fought in the Arena and won / lost
Got spanked in a skirmish whilst I was asleep.
Achieved my 1st / 2nd / 3rd level Animalist / Builder / Careerist / Martyr / Champion / Invincible / Coach / Favorite / Renegade / Fiend / Saint Badge thing.
Other (please specify)

An earlier example but you get the idea

I, *Gruntfuttock* have done something wonderful for this fine Guild.

And here it is on the Forum.