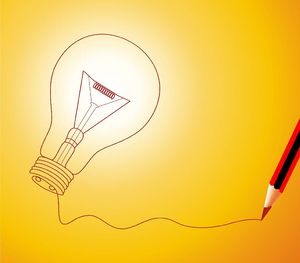 Gods have the ability to place ideas for what they think should be added to the game into the almighty Ideabox. Unfortunately, most of these ideas tend to be dreadful. There's no other way of saying it: dreadful. As a result, many players complain about 'constant down voters,' when, in fact, people are sick and tired of seeing consistently appalling ideas polluting what should be a laughter-inducing stroll through a collection of inventions spawned by the greatest minds in Godville. This article discusses the different categories of ideas, and serves as a very good guide on what to expect when browsing the Ideabox.

There are very many categories of ideas guaranteed to gather more 'no' votes than 'yes' votes. Contrary to the beliefs of many, there is not an infinite number of ways to make a bad idea, and they actually fall into categories. In other words, one bad idea is very much the same as another bad idea. Most bad ideas, in fact, will fit into at least two of these categories, although some categories are exclusively for certain sections of the ideabox. As it is always better to hear the bad news first, without further delay, here they are, along with the different subcategories:

Needless to say, this is usually trolling in action.

Either true ignorance, or just laziness. Hopefully the latter, of course.

By far the largest category, a bad idea is most likely to fit into one of the following subcategories:

A general failure to understand what is considered a good idea.

It's probably right to say that this is the section you most want to read. If you did read the above section, it was either for humour, or because you are a newbie who wants to avoid mistakes. At any rate, it's important to remember that the ability to think of good ideas cannot be taught. However, looking at all of the good ideas in Godville reveals that they fit into strict categories. Therefore it is reasonable to assume that aiming for one of them is a good place to start when trying to come up with a good idea, but ultimately only creativity can help you, and that is something you are born with. This is NOT a guide for creating a good idea.

There are many types of wordplay, too many to be covered here. The most successful ones used though are listed here.

The most difficult type of good idea to get right, most of these usually end up in a 'Bad Ideas' category instead. It's pretty much hit and miss with this category, and it is very hard to know (even for an experienced idea submitter) what will work and what will not. Essentially, it's a balancing act between two categories in the 'Bad Ideas' section: 'overused references' and 'obscure references'. It is also worth noting that voters are very fickle with these types of ideas, and while one idea may work on one day, it might be a massive flop the next, yet this makes no difference because the admin tend to be consistent in what they don't like. As a result of these things, subcategories of this category cannot be listed.

The best strategy (used by the people at the top of the gratitude pantheon) has been tested time and time again, and always works well. It takes advantage of a loophole in human psychology. This is not like one of those jokes in spam pop-ups, it is common sense. Before reading about the actual strategy, you must first understand why it works:

When presented with a long list of 100 or so ideas (most of which are bad), a person tends to scroll down quickly to get through them all faster. There's a very good chance that there will be many bad ideas in a row, and the person will go down the list, briefly scanning each idea and clicking 'no' soon afterwards, faster and faster, until, without realizing it, they are clicking 'no' at the same time as they are reading the idea. As a result, when they eventually reach a good idea, by the time they realize that they want to click 'yes', it is too late because they have already clicked 'no'. This tends to continue as well. It is known as the row autonomy effect. Here is an example of the effect in action:

No – a sword (coz its awesome)

No – and another one

No – Sorry, did you just ask me to vote yes for this? Yeah right, see ya!

No – singing Old Macdonald all the way home – like very funny

No – Getting tired now

OH damn that was a good one!! God, it deserved a yes there and probably spoiled its perfect 50 Yes score.

'So how do I use the effect to my advantage?' you may now be asking. The effect also works for gathering 'yes' votes when there are many good ideas in a row. Therefore, the best strategy is to save up all of your good ideas and submit them all at once, making sure that the best idea is the last one to be submitted, since this is the one that a voter will see first (appearing at the top of the page), thus serving to flip the voter into an autonomous state more quickly. The not-so-good ideas may be among the first submitted ones, to increase their chances of gathering the 'yes' votes. Ideally, you will want at least ten good ideas in a row to really use the effect to your advantage. As for actually thinking of good ideas, it is widely believed by the best idea-submitters that wordplay jokes are the best at gathering 'yes' votes, so aim for something along those lines. The paragraph below should help a lot, as you should aim for a failure rating no higher than -1 for each idea (although a rating of zero might just about be acceptable). Good luck!

For those wishing to get as many 'no' votes as possible, a special system was devised by