From GodWiki
Jump to navigation Jump to search
For explanation of the ideabox in general, see Ideabox. 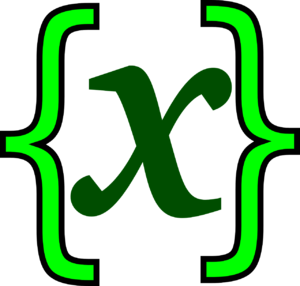 When submitting or editing ideas in the Ideabox or ER, if you want to include the heroine or hero's name, pet's name or other text that changes depending on circumstances, you can use these variables. Variables are enclosed in percent signs (e.g., %variable%) and the game will fill in the correct string of text when it encounters one. For example, the current monster being fought will appear in place of %monster%. This list is adapted from the ideabox page, the ER help screens, and editor experience. Where quotation marks “…” are shown around a variable, these are recommended, but not strictly required for the variable to work.

Some variables have shortcuts for ER editors, show here in the form /xx, which will expand to the correct variable name when submitted, including %s. This is especially useful when editing on mobile devices, where putting percents % and underscores _ into the text can be fiddly and frustrating.

Note that the braces do not have to contain the entire word (so “I'm cold, my L{ord|||ady}!” is valid). Nor is it required that both sides of the | character contain letters within the braces (so “Searching for the hero{|ine} on a minimap…” is equally valid as “Searching for the {hero|heroine} on a minimap…”). Lastly, note that the first gender variable will be used for heroes, while the second will be used for heroines.

Useful shortcuts for these special characters for ER editors:

In a "Heroes move to" entry, this variable is replaced with a compass direction of either north, south, east, or west. In a "Treasure hint" entry, it may also become northwest, southwest, northeast, or southeast. In an "Available directions" entry, this variable may be just one direction (north, south, east, or west) or a list with "and" (e.g., "north, east, and south") if there is more than one exit.

Dungeons also use the following variables when referring to heroes and heroines:

None of these variables will work in entries for monsters, artifacts, or equipment. Quest special ending entries can only take hero{|ine} and god{|||dess} gender inflections. Guild mini-quests can use %town_name% for the town granting the quest, but otherwise quest names cannot use any variables.

Variables have been successfully submitted in a "Bug Report," but the success of the variable may be more dependent on the category of the idea that the report is meant to fix.