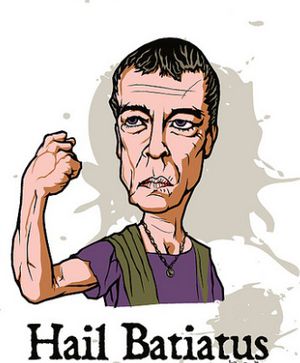 Gods and their followers must prove his/her worth to become a gladiator of the "House of Batiatus" in order to secure the safety of their enslaved mother.

Batiatus, herself, is making sure she is experiencing the pleasures of the flesh, and often, you will feel your blood boil as you hear her cry from her unlocked bedroom, "What do you mean you have a headache? Let's do it again!". "Her suffering must be great!", you think to yourself.

You protest to your Doctore, but after your concerns fall on deaf ears, you realize your fate... to pass his trials.

"Forge your own path, or join with us! How many men would you kill? A hundred? A thousand? There stands but one between you and a gold bar!", he tells you.

"My God commands me to kill, to maim, and to wear clean underwear!" you scream

Doctore frowns, "Then do it in the arena. Fight for me, and the honor of my forefathers. Prove yourself, climb to the pinnacle, gain your freedom, and the virginity you've lost."

Batiatus, at war with "Slaves to Armok", enlist the help of the Rabbit, Lenny and his warriors to protect their lands and fight the barbaric (and probably cross dressing) other guilds.

Lenny has proven himself worthy of the mark of Batiatus, but has conflict with the other gladiators including the champion, Spartacus. 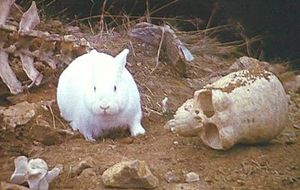 Our Guild Founder: Lenny the Rabbit

Because of his recent loss to a stray kitten in the arena, Spartacus must now fight in the pits to redeem his honor and gain money for Batiatus.

Spartacus returns to training as a gladiator after defeating the fearsome "inanimate object" and Spartacus and Lenny the Rabbit face certain death in the arena if they can't learn to fight as one when they face the unbeaten "egg".

Spartacus, now the champion of Capua, due to a technicality, is informed by Batiatus that Ryan Giggs is on his way to the ludus. Women and wine overflow the ludus in honor of Giggy's arrival. - for legal reasons please replace "Ryan Giggs" with "An unnamed Premiership Footballer"

Spartacus embraces his role as champion and puts Lenny in his place. After Lenny attempts to prove he has recovered, Batiatus considers selling him to a local Indian takeaway but he is too tough.

Lenny the Rabbit is finally cleared to return to training. Spartacus is to fulfill duties as champion by satisfying desires of John Terry. 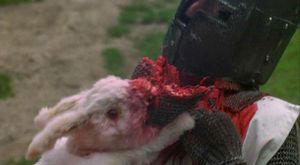 Lenny the rabbit succeeds his vengeance. Spartacus and Lenny battle at the ludus for the well-to-do of Godville. Bent on revenge, Lenny the Rabbit performs his special move. "Ryuken!", "Spinning Bird Kick!", "Sonic Boom" he crys!. "Finish him" shout the other gladitors. Lenny the Rabbit drops his weapons, walks over to shake Spartacus' hand, then heroically bites his neck off!

The Guild "House of Batiatus"

Guild Gladiators listed for the Primus

Currently dueling in the Arena (prove your worth to appear here!)

To convince your hero to join "House of Batiatus" you must send this command to your hero.

For largest chance of success, send the command while your hero is "'outside of town"' and is idling. (i.e. not fighting a monster) If the above does not succeed after several tries, try replacing the word "join" with the word "enroll". 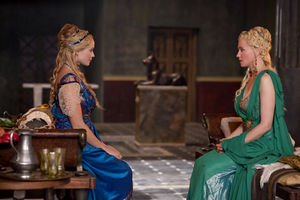 A man must accept his fate!

Pain is erased when inflicted upon others!

A man must accept his fate, or be destroyed by it.