From GodWiki
(Redirected from Help:Editing)
Jump to navigation Jump to search

The present Creators Manual give overall recommendations and tools to help you create and write an article on the GodWiki, and even more. For category-specific guides, see the Guidelines.

The Rules of wiki editing must be kept to at all times.

To start writing a new article, write the title of it in the search bar. Clicking on a red link will also open the window to start a new article. If the article does not already exist, it will give you the option to 'create page', so click it. If you want to edit an already existing article, just click the edit button at the top of the article.

Also consider that an article's name should be capitalised as it is in-game (See #Capitalisation for more details).

Creativity is the most important adjective to keep in mind when writing an article on the GodWiki. Though, it is highly recommended to follow Guidelines' recommendations to help you create your article.

You may also want to use various Formatting and Templates to improve your articles.

Don't hesitate to ask for help to if you need some!

Note : Never sign an article or change you make to an article, unless you are in a talk page.

Make sure you write all the categories your article belongs (usually at the bottom of the article's page). Here is an example:

If you have used an infobox template, categorization is done automatically.

As stated above, an article's name should be capitalised as it is in-game. In details that means :

To make text on the Wiki appear italic, bold, or both bold and italic, one must place a certain number of apostrophes at the beginning and end of the text to be formatted.

To make text appear crossed-out: mark it at either end with <s> and </s>

To make text appear underlined: mark it at either end with <u> and </u>

Both strikethrough and underlining should be used sparingly, as they can have a big impact on readability and accessibility for some users.

Paragraphs are separated by a blank line (press Enter/Return twice).

Headings should be used at the beginning of a new paragraph about a new topic.

There are various levels of heading which can be used to give structure to an article. The heading you should use is the level two heading although you may also use smaller sub-headings. The level is decided by the number of equal signs on either side. E.g:

Most of the time on a wiki, links are made to pages with the same name as the text. This is done simply by enclosing the words in double square brackets, [[like so]]. For example, this wikitext:

will result in this text in the page:

An aura of audibility will help make sure that your hero listens to the voice of god.

In the event that you wish to link to a page with a title that doesn't match the text, place the title of the article to be linked to (which is case sensitive) behind a pipe symbol (also called a vertical bar symbol) before the intended text, like so: [[Article Title|text in article]]

Note: the pipe symbol is above the backwards slash key (\) on many keyboards, type Shift+\ to access it.

To create a clickable link to any page not on the Godwiki, encase the link in single square brackets then after the link, type a space, then write the intended text, like so: text in article.

How to write a numbered list — write # at the beginning of each line. spaces will separate the number sequences.

This code will make a collapsed table:

Footnotes and citations can be added with <ref> tags like this:

Note that there's no space between cows and <ref>.

Then at the very end of the article, add this:

Useful for comments to be seen by editors only. To exclude text from the page, but leave it visible in the "edit" tab, place it inside an HTML comment.

Comments start with <!-- and end with -->. Note that if the comment is on a line of its own, the software will count that as a blank line, which can affect formatting.

You may want to use Templates in your article.

Most templates you're likely to use will have documentation about how to use it, and if you use the What links here special page (listed under Tools in the sidebar to the left) you'll see a list of pages that use that particular template, so you can see it in action.

It is very important that you don't edit any page with Template: at the start of the page name. Editing the templates is not how you use them; putting the name of the template in double curly brackets {{like this}} in the page you want to use it is what you need to do.

Those special templates allow to display information in an aesthetic box. Always appearing at the top of the page, they allow to categorize instantly the page they are in and so their use is highly recommanded in articles.

A list of available templates can be found on Category:Templates

Image files must be uploaded to the Godwiki server in order to be used in an article. They can be uploaded either before or after editing the article where the image will be used.

To upload images, visit the special page Upload file and use the form there to place images on the server.

Please note that images should only be uploaded if they are for immediate use in an article. Godwiki is not an image-hosting platform, and images should never be uploaded "in case they're useful" or "to be used at some point". Images which are not used in articles may be deleted without notice.

More information: See Help:Pictures on The Other Wiki.

Images can be used in articles by typing the name of the image file into different codes.

As the display of the full version of the file will rarely look very good, it is highly recommanded to use parameter which will allow the picture size to scale according to the screen size: 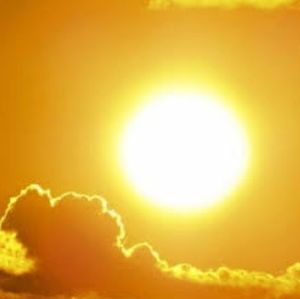 Your caption is here. 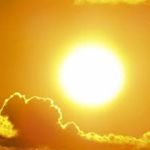 This picture is half-sized

You can also add a link to the image without displaying it:

When you write in a talk page, it is useful to leave a signature so readers know by whom and when it was written without consulting the historic of the page. To do it so, add two dashes - and four tildes ~ at the end of your message.

Signature is only meant to be used in talk pages.

The special page Help:Requests is the place where you can ask for help if you need some for the writing of your GodWiki article, whether it is for English language assistance or for the formatting of your article.

It is also used for the full reviewing of articles during GodWiki events.

Now that you know enough to write a good wiki article, you can contribute! Thank you for reading. The first version of this guide was originally developed by

Spode   and was updated by many contributors since.