Fellowship of the Bling 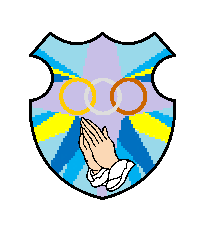 The Crest that allows us to see the light

The Bling is our life long purpose. When we walk through the streets of Godville we be turning heads because the people know who we are and they be well impressed with our bla-bling. We love the bling and the bling loves us, what can we say apart from the haters going to hate and potatoes going to potate. As the Blingstars grow in size so does our influence which draws in new members everday but also because we are so blingy some gods simply cannot handle it and leave the guild daily too. Gods that do leave are unworthy and will be looked down upon with righteous condemnation. New members are always welcome, we are a strong community of members from across the Gods domain but all of our heroes are from realm of Godville.

Before the times of recorded history, there was nothing of material value, the world was plain and bleak. Heroes would venture aimless around the realm of the 800 milestones in search of plunder and game, the world had remained the same for countless previous centuries, that is until the friendship of the fabulous four was established. The fabulous four consisted of Dante Hellfire, Meowjesty, Sigmund Freud and Flutterflyer. These heroes were destined for more than their tiny little brains could possibly comprehend.

The Gods of the fabulous four recognised their potential and bestowed upon them lavish goods of which the heroes had never seen before. The heroes looked at what they had been given and began to question the sanity of their lords. Each God give their hero a different artifact that shone as bright as any star. God of the Inferno blessed Dante Hellfire with a golden chain and said to him, "This is a necklace, you place it over your head and leave it their. No offense but it should give your face a bit of an umph." Dante tried not to cry infront of the other divines and heroes. Almighty Meower blessed Meowjesty with a small circular piece of metal with the engravings The One Ring as he spoke to him, "This is a ring, you place it around your finger and with it you'll look stylish as you slay your foe." Meowjesty never seeing an artifact like this before attempted to bite it before being punished by Almighty Meower. Almighty chicken gave Sigmund Freud a smaller version of Dante Hellfire's gift and said to him, "With this worn around your wrist you will be irresistible to the ladies." Sigmund's eyes lit up like a bonfire with anticipation. Finally, Flutterfly gave to Flutterflyer a circular band bestowed with gem stones on the front, to avoid confusion Flutterfly explained, "You wear this on your head as you would a hat it is called a circlet, with it you will look super sleak." However Flutterflyer place the circlet on her head upside down and required divine intervention to place it the right way around.

The heroes looked at how good each other looked before Dante told them, "With these artifacts we will cause jealousy across the milestones, we must form a fellowship to protect ourselves against the onslaughts ahead." It was Sigmund who spoke up and said, "But Dante we do not know a collective name for the items we have received this day!" As the heroes pondered on what this name could be the clouds above their heads merged together to form the word bling, Meowjesty was the first to notice this and said "look above, the Gods have spoken! Our guild shall be called Fellowship of the Bling. With this began the guild. Over time the guild grew and has seen many more members join their ranks.

Much time has passed since the establishment of the fabulous four and alas their sacred group is no more. Deemed unworthy by the gods Dante Hellfire, Sigmund Freud and Flutterflyer were cast from the great milestones and sent to wander the plains of Godville for the rest of their individual existences. With the departure of their gods their artifacts too were stricken from the land leaving a once blinged community looking very unsuave. Meowjesty would not share the fate of his weaker companions and Almighty Meower saw in him potential that glowed even brighter than ever. Almighty Meower showed himself to his follower and spoke upon him, "Despite the others departing you are still worthy of this great gift. Do not fret, your ring shall withhold the same strength it did when a gifted it to you. You should use your knowledge of the artifacts to reconstruct them into a less magical form and bestow them onto new members of the guild. Heroes will come and go Meowjesty but as long as you do not abandon your bling I will not abandon you." With this message Almighty Meower ascended back to the realm of the gods leaving Meowjesty with either a burning to follow his lord or just severe heart burn from those suspicious looking berries he ate on his journey over here.

By the will of his god, Meowjesty would strike metal and create bling to bless new members of the guild with. Despite his best efforts he could not create the bling with the circular precision that the gods before him had done, instead the bling looked rather chewed up and ragged. In all honesty though he didn't care because they weren't for him anyway and he began to distripute these non-magical rugged pieces of metal to his guilds members. He told stories of the four artefacts and the journeys he shared with their beholders. Through time the artefacts in his stories became the thing of myths and legends as opposed to truth, his stories could never be proven the only thing consistent was his ring which he still wears to this day. He probably should wash it but food gets stuck under there and it seems a shame to waste it.

New greats walked through the gates of the Fellowship of the Bling, few have survived the perilous journey it takes to make it to stardom. Ser Rattles, Golden gavel and Hannibal Chau were some of the first to enter the guild a nobody and to leave as true heroes only to be mauled to death by hundreds of Cholestrolls along the stretch of milestone 799. Some say these heroes didn't perish in that battle, no bodies were ever recovered and there are no records of those heroes ever making it to the 800th milestone. As it turns out Hannibal Chau never actually showed up to that battle he was on strike because his god Stacker Pentecost kept tying his shoelaces together. Hannibal Chau isn't one for taking a fall with grace, he always hits the ground in an awkward fashion and some even say they hear the chuckles of Stacker Pentecost and Almighty Meower from above.

Today the guild is a vast fellowship whose influence is felt across the realm. Modern greats such as Wafflor, Poobar, SkyeVio and Nayfe now stand proudly beside Meowjesty as he spreads the word of bling across the land. Little is known about the world of Godville but one thing is for certain, these are the names of the most recent great heroes but they will not be the last!