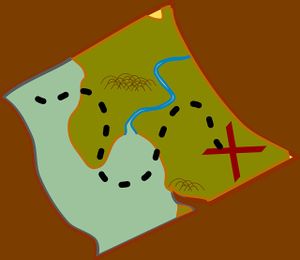 The first epic-quest in Godville commenced on June 18, 2012. It is not known which hero was the first to start that epic quest, though it is believed that the first epic quest was completed the next day.

Generally, epic quests are longer and more rewarding than regular quests. Characteristics include the following:

The rewards for completing an epic quest are lucrative and randomized. Rewards include a combination of any of the following:

A portion of the Daily Forecast from the Godville Times #1061

On occasion, certain conditions may greatly increase the chances of a hero getting an unexpected epic quest. Fortunately, the Godville Times has excellent forecasters who can predict these events with complete accuracy. To take advantage of these unusual events, a god should do the following to finish the current quest faster so the hero will be assigned an unexpected epic quest:

A God should also do the following: