From GodWiki
Jump to: navigation, search
For an explanation of the Ideabox in general, see Ideabox. 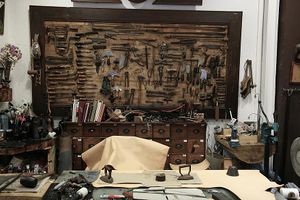 Editing your Own Ideas

While it is technically possible to submit corrections on your own idea in the ideabox, it is heavily frowned upon.

Those with ER access must categorize Diary, Earthly News, Duel, Dungeon, Sail and Newspaper ideas before submission. Below are the possible categories; click on [Expand] to see the full list.

The Quests, Monsters and Artifacts sections have no categories for ER reviewers to file ideas. Corrections and comments can be submitted as usual, though. The Equipment section allows reviewers to change the type of equipment between the categories available for submission (changing an amulet idea from Head to Talisman, for example).

For Diary, Earthly News, Duels, Dungeons, and Sail, Gods are given examples to make sure the submitted phrase:

What Happens After ER?

After 24 hours of ER review, an idea is moved to idea purgatory (also known as the review queue), where it will wait for the final decision from the Godville devs. Remember that the devs have the final say — an idea could have an amazing ratio of yes/no votes, a high number of ER votes, etc and still not appeal to the developers. Or it could have barely squeaked by into ER and get into the game. Eventually, the devs will either approve or reject the idea, at which point this will be reflected in both your ingenious ideas and approved submissions (if any were in fact approved).

A Few Tips for Editors