The Electric Monk is a monster.

They were once prayers of mighty Gods and their Gods confide these monks. So they were rewarded by the ability to bend the electricity. But soon enough these monks united and plan to kill their Gods because they doubt of their Invulnerability. One of the monk found out that the Gods gain their power by people who pray to them. So they decided to kill the prayers and soon challenge their own Gods to a duel. And the Gods were defeated. They beg the monks for mercy but these monks only absorb their lifepower to death.

The legendary duel of Electric Monks and their Gods

The Electric Monks also try to attract heroes or monsters to join their side so that they get even more powerful. They succeed recruiting a lot of Feral Heroes and Antiheroes to be electric monks and they built a resident in a secret place that heroes can hardly find. Those who encountered the church of the Electric Monks are mostly captured by them. Some heroes are able to escape, even if the chance is pretty small. 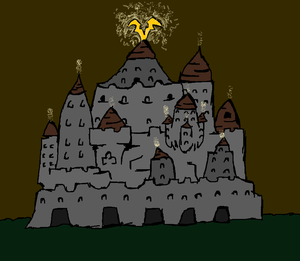 The massive church of the Electric Monks, somewhere in the realm of Godville