The Proud, The Few, The Elites

In a world full of heroes and wannabe heroes, some want to distinguish themselves. Those people feel different than the others, their body is constantly trying to keep up with their mind, a mind which will never rest and is already way up in the clouds, untouchable, far above the others. For a while, this scattered group of people wandered the lands aimlessly, leaving behind them a trail of either good or evil. But neither proved to be satisfactory, because you'll have to believe: both good and evil tend to become insignificant when even their biggest rewards are overshadowed by your own ego, big enough to obscure even the path ahead of you. But at last, this guy dressed like a superhero called out and we could all stop searching, for we were now united under a new banner. Since then, this banner has stood vigilant and proud on the highest mountain we could find, because only there it would be able to represent us. We would now be forever known as the ELITES. 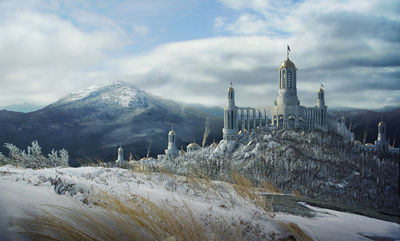 The ELITES HQ, in a secret undisclosed location (also known as the Godville forum thread: http://godvillegame.com/forums/show_topic/277)

Here're a few ELITE tips so your hero/heroine has a greater chance of listening to your commands to join our guild:

And that's it! When your hero/heroine is done, you will officially be an ELITE, the most excellent guild in Godville!

The ELITES guild is a constant and recognized presence in Godville. While other guilds come and go, ELITES has kept a group of active and loyal members. Sometimes at the top of the unity pantheon and sometimes in the middle, we will continue to spread our influence and leave our mark on every signpost and tavern wall until our guild is immortalized.

Originating in an off-Godville community, ELITES quickly took off within the game attracting many elite players. We grew rapidly and managed to reach the position of one of the top Godville Guilds in a matter of days. Since then we have gained renown and an ever-present and strong guild, but we are also (in our opinion) one of the most active and social guilds in the game. Many original members have long but disappeared but when they fell, ever more enthusiastic players arrived, aiding to further fuel the flames of adventure in our heroes' hearts. 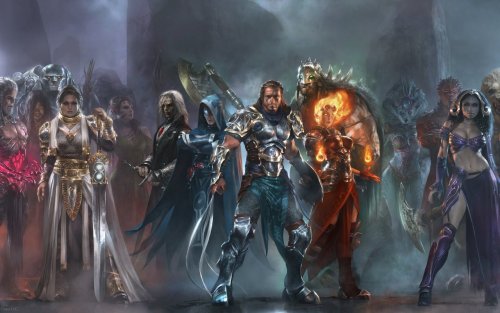 These Extraordinary ELITES have been chosen to be on the front page of the "Godville Times".

Skull Kid - 60th-level adventurer, member of the ELITES guild, with the motto “Bring down the Moon! ★E★”, stands at the 55th position in the pantheon of destruction under the vigilant supervision of the god

Weathermatt 庙 . Rumor has it that a local Average Foe has learned to show the hero proper respect for some reason.

Melina - 60th-level adventurer, member of the ELITES guild, with the motto “What is love?”, stands at the 69th position in the pantheon of might under the vigilant supervision of the god

Stan The Man 庙 . The heroine has no distinctive features to date; however, she promises to get some before her next appearance.

Wormbait- 44th-level adventurer, member of the “ELITES” guild, with the motto “Just kill stuff already”, stands at the 29th position in the pantheon of destruction under the vigilant supervision of the god

Youwannabeme  . He was known to distribute counterfeit Godville invites during his youth.

Melina- 73rd-level adventurer, member of the “ELITES” guild, with the motto “What is love?”, stands at the 61st position in the pantheon of taming under the vigilant supervision of the god

DanCore- 64th-level adventurer, member of the “ELITES” guild, with the motto “I ATE YOUR COOKIES!”, stands at the 81st position in the pantheon of destruction under the vigilant supervision of the god CoreHero. His worst enemy - a Rolling Boulder. Favorite trophy - something that looks like a “Safety Rules for Superheroes” book. He is also a huge fan of Monsterdam’s pubs.

Enlightened ELITES that have achieved the Empyrean goal in "Godville", completing a temple made out of 1000 Golden Bricks:

You were wise enough to join The Proud, The Few, The Elites. Now let's show how strong our Guild is by adding our godnames here, according to our Guild Rankings. If you are unable to add your God name here because you are under level 15, unable to code, or you have "a life", you can always ask a fellow ELITE on the Forum or on our Guild Council Chat Room to add you.

StarDancer   will do it for you if you ask her!