New to "Dinner for One"?

Dinner for One is the guild for all heroes and heroines who feel the pangs of hunger. Yes, that includes you! Fighting monsters makes heroes hungry! But dinner is ready, so join us! Just type 'Join guild "Dinner for One", please ... into the voice of god, and soon, you'll be sitting at our table! Dinner will make you strong again, make cruel heroes more evil and kind heroines good. Tipsy heroes may have a better chance to find treasure when digging or gold when sifting sand - that is the special effect of our champagne!

Members of any other guild are of course welcome at any time, we have place for thousands of heroes, through a kind of "feeding the 5.000" mechanism known from previous heroes - or gods, both are invited.

Stay in the guild to make it strong! But remember, when the command "find a guildmaster and ask him to enroll you into ....", ask your god to send the command "stop quest!" Dinner will be served.

All you can kill and eat...

Out in the field, all of us, kind or evil, are annoyed by monsters who want our best - our dear life! Well, we want their best, too; their kidneys, muscles, intestines, eyes, bones, you name it! What can be killed can be eaten, even our pets, that is our second motto (our first one is of course We feed HEROES!). And if we cannot eat it, we can make some kind of potent medicine of it - mostly solved in P.E.P.S.I. -, or we put it into a bottle of strong alcohol and make it useful. Nothing, however monstrous, is being wasted! Our famous Butler and Chef James will be very happy if you bring your road kill along. And we have dishes for the stronger palate as well as for the softer ones. Tug in! 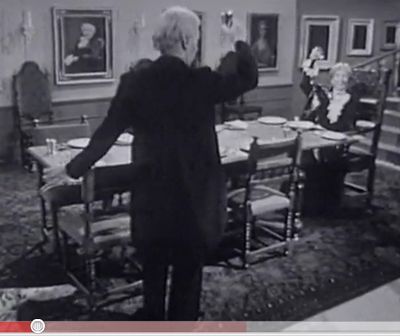 Many of us heroes can of course not always attend the table, being busy making gold for all that champagne, the port and sherry, and all those Mulligatawnies, Fish and Chicken we consume. But alas, there is James, our true, honest and hard working butler, who jumps in for the heroes who are busy fighting. The table is extendable, there is place for 9.999 heroes and heroines, and then some. Everybody will be served by James. So if you don't see yourself here at the table, James will stand (or sway) in for you! Don't forget to cheer our good Miss Sophie ...

Miss Sophie and the initial diners

The reason for our permanent dinner table is of course Miss Sophie, our happy and hungry heroine, who has her birthday today! Let's all salute to her ... She is turning 90 today (and tomorrow and the day after ...)!

When our guild was still small, there were only six of us; Miss Sophie, at the head of the table; Sir Toby, revered fighter for good and evil; Admiral von Schneider, defender of Godville's virgins; Lord Pommeroy (known in earlier times as Mister Pommeroy, recently knighted); Mister Winterbottom, the most fervous lover of the forever young Miss Sophie. And let's not forget the tiger skin in front of the fireplace; it was shot by Sir Toby on one of his frequent expeditions to the low gravity plains ("Admiral von Schneider, I presume?"), and stuffed by young Mister Winterbottom. He's trying to lay a bit low today.

When not stumbling over the tiger's head, Butler James will impersonate anyone who has joined the table, all those legions of heroes and ranks of files of Godville fighters, filling and emptying their glasses, flasks, vases, and cheer our Miss Sophie! Later, he will also impersonate each and every one when he brings Miss Sophie into her chambers ...

Aside from our special dishes James prepares, with the help of his Frying Dutchmen and other helpers, and soon with our new Sous Chef (to be announced soon!), we also feature our standard menu, which has been featured in the film featuring our guild.

So, sit down and enjoy the meal, share it with all of us!

*** Main Course ***
Same procedure as every year, but fresh as ever:

Served with our most excellent Tradeburg Champagne

When Madame retires, James will do his very best, for all of us.

Join us, if you are hungry and thirsty and like to enjoy a good night. And always carry something to drink with you - even in your motto:  (hourly fresh from Beerburgh itself - copy it paste it behind your motto)

Dinner for One - the Movie!

Our guild is now on the silver screen: Movie of our dinner!! Someone daringly made a film about our heroes' dinner!

Founders HEROINES and HEROES of "Dinner for One"

Ghosts of older famous heroes and heroines of Dinner for one

Hurrderphurr - 88th-level adventurer, member of the “Dinner for One” guild, with the motto “DOING IT FOR THE LULZ!”, stands at the 157th position in the pantheon of duelers under the vigilant supervision of the god

Avgp  . He thinks that a Lesser of Two Weevils slow roasted in its own juices is one of the finest delicacies that Beerburgh has to offer.

Karusha - 62nd-level adventurer, member of the “Dinner for One” guild, with the motto “Anti Serious”, stands at the 178th position in the pantheon of survival under the vigilant supervision of the god Manimal666. His dream is to master the “exhaust of the dragon” skill and then offer lessons in exchange for gold bricks.

The Association of Migrating Cooks has spoken: the buns baked by the “Dinner for One” guild are much more fragrant than those made by “The Crew That Never Rests”.

HAVE YOUR PET NEUTERED! NEW SERVICE!

In recent days and weeks, lost and forlorn pets have started to become a nuisance in Godville and other towns. Morever, they start to replicate, reproduce, copy and clone themselves in any known and unknown way. Citizens of Godville now think that this is becoming too much!!

In a new initiative, Butler James has offered to neuter the pets of heroes. This also has the advantage that they do not hump heroes' legs anymore, climb into knapsacks or die of excitement. They become docile pets, while being aggressive when fighting enemies. They also make phantastic meals when they are dead, since they put on weight; however, they are less likely to die.

Butler James recommends to neuter to male pets first, in order to make short work of it. Pet owners who come for this service will also be offered a bowl of soup containing strong nourishments.

Where to find us 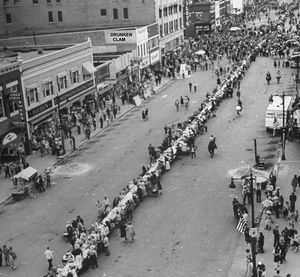 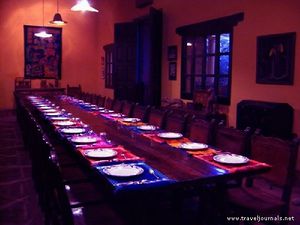 New location: in the "Restaurant at the end of Godville"

Besides its usual space in Godville, "Dinner for One" has recently extended its locations and size. Starting from the original six-seater table, dinner tables now extend to the city center of Godville and fill several new halls in the "Restaurant at the end of Godville", and from there out into the great outdoors. That makes it very convenient for heroes to get something to eat and drink when still in the fields; the "Dinner" can now be accessed from anywhere! Don't forget to bring your loot along ... 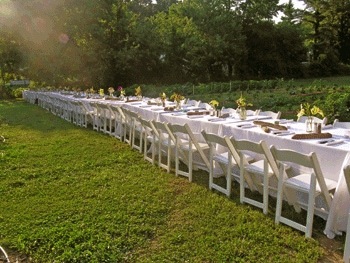 Dinner extension into the fields

References: Presently still drunk and not available for interviews.

¡TO RULE THEM ALL!

That will be disclosed in the future ...