The following is an extract from Thee Auspischiousse Almanaccke offe Aloysius de Biere, Genettelmanne Skhollarre, 142 g.e. edition. Reproduced with the kind permission of The Upper Egopolis Egoptology and Esoterica Society. Some editing for clarity and modernized spelling was required.

Beer goggles are a piece of equipment worn on the head and face, enchanted with chaotic magics. They are created in the secret Jagged Peaks ateliers of the Malicious Monks of Smee Hee. Capricious and mischievous in nature, the Malicious Monks delight in producing magical objects with unpredictable effects. 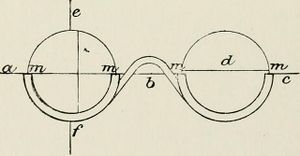 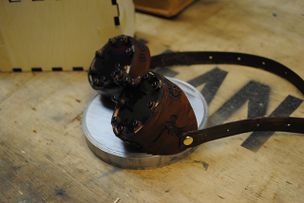 It is possible to make some prediction of the tendencies that a set of beer goggles will display. A careful (and expensive) examination by a skilled gizmologist or apparatist may be able to discern something of the materials used,[1] and an aurologist's divination may give insight into the equipment's chromato-chaotic enchantments.[2]

While it is not advisable for the amateur assayist to attempt to analyze the attributes of the average set of beer goggles, the tables below may assist the hobbyist collector in a simple survey. Each lens will be made of a different material, with often several different glass sources mixed together in a single lens,[3] so a complete analysis is challenging.