The Awkward silence skill sometimes allows the hero(ine) to obtain a discount at the trader for either buying or selling of goods. On occasion, the hero(ine) is also compensated by traders for keeping quiet regarding things they have observed.

The same hero(ine)s have a tendency to steal donuts and pawn off fake gold coins on unsuspecting traders. A Jedi mind trick has also been reported as has the habitual slap in the face afterwards. They are not against swinging a pendulum to hypnotize a trader. No attempt has ever been noted where that succeeded. And sometimes they get caught or their silly plan fails which amuses their God greatly. 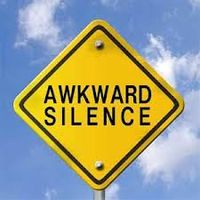 Sometimes the hero(ine) is still cheated at this point. When they see someone else get cheated a customary squint in the trader's direction is enough for the trader to fork over 100 gold coins to prevent embarrassment. If the cheating is on a grand enough scale, equipment discounts up to 24% have been noticed.

During the levels the percentage of discount will continue to rise, but you can still count on that your hero/heroine will throw money around on seemingly useless stuff. On some occasions your sneaky hero will be chased out of the shop by the merchant who throws a pouch of gold at you!

Alas, it also seems that our young hero may actually display temperance in their buying of useless stuff. Sure they'll get drunk as usual, but maybe, just maybe they want a genuine bargain of a quality product rather than a raw deal. This can't be proven empirically yet and the effects may be due to something else.

Finally, it seems our budding heroes are proficient in turning junk into cash. Not much mind you and not often, but enough for a drink in one of Godville's infamous pubs. It is junk after all.

At this stage the hero can get equipment at a good discount with a song and dance. This is especially true in Tradeburg.

Traders falling from the sky to serve the hero have also been noted. The traders still cheat all the same but it gives the hero a chance to re-stock on healing items and occassionally buy a gold brick if the price is right.

After finally reaching this level, a hero(ine) can simply stand silently in a shop staring awkwardly at the trader for a moment and they'll be given gold just to get them to leave the place of business.

“12:08 PM The merchant was bamboozled by my entrepreneurial flair as I put my “awkward silence” skill into action. I managed to sell my quantum abacus for the handsome sum of 153 gold coins and he even threw in a monster's family photo as a sweetener!”