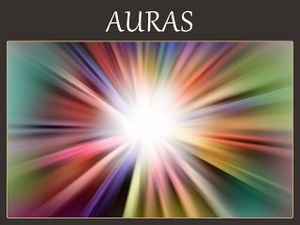 The hero must be alive to sustain an aura. If he dies with an aura in effect, he will return back to life without it.