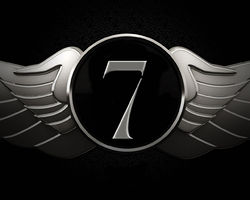 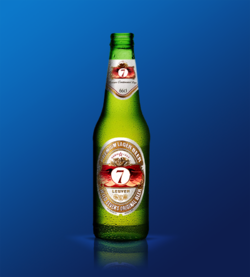 "The Light shines on what your heart desires, let me show you the ways of the Wild Seven..."

(Taken from the holy scriptures of Seven)

It has been prophesied that there will be an Age of Ruin and seven valiant heroes will step forth and vanquish all that is evil. Although there were only seven "valiant" heroes (generals), the main focused teaching of victory was strength in numbers hence why the Wild Seven guild came to be. The age of ruin is likely to occur when we least expect it to but some malicious beings intend to make it happen sooner. We shall band together in the worlds time of need and obliterate the evil that awaits...

While we wait for the Age of Ruin, Wild Seven is taking action now. We are a small but dedicated guild. We have set a goal to become a dominant guild in Last Resort and the outer towns (past 200 milestones) and to break the control of certain guilds. As our Popularity rises all who believe in our cause will be rewarded.

If you seek a path in Holy training, joining this guild will be a step in the right direction. We accept any into our barracks whom is willing to stop evil. We try to resolve our problems without the need of violence (to an extent). To join simply copy and paste the following into your Voice of god: Join the "Wild Seven" guild.

In order to become a general, one must seek out what their god given gift is and become a hierarch. There can only be seven generals but don't stress if you aren't one as our guilds strength relies on its numbers. Once there are seven generals, hierarchs afterwards will instantly become sub-generals and they will also play a major part in the guild operations (Sub-Generals on occasion will be promoted to generals but this occurrence has to be a rare exception.)

Sallius   - Encouraging just because he loves his guild

OMG I am God   - Encouraging multiple time just because he could

Thenight1   - With true grit and bated breath went through 5 charges and 13 encourages to single handedly move Deville popularity from 8% to 10%, resulting in huge celebration in guild council

Azalp Ortnec   Single handedly increasing Godvillewood popularity from 0% to 9% with a number of guild miracles, the guild was astonished at this display of encouragement

Axelo   The guilds original Leader and founder he built this guild and trained his generals to smite any and all evil that may one day threaten all of Godville, its said that on this day he shall return to lead his generals to victory one last time

Kaeel   One of the Forgotten Co-Founders and the Guild's 2nd Cardinal. He was banished from the Guild by Axelo for his absence, his current whereabouts are unknown.

Njack   The guilds oldest member, now a Patriarch as of March 19th, 2012!!! A living legend of Wild Seven. As of 7/12/2012 the age of Njack began with the changing of the guild thread ownership. Congratulations!

XenoEnd   The guilds second oldest member, and Njacks eternal rival now a Matriarch as of March 23, 2012!! When not playing Elder Scrolls he plays another addicting game called Godville.

lord katulu   the evilest member of the guild. He fights a loosing battle against megalomania and immense evil bubbling within but he will fight to the death for the guilds honor and pride. All hail lord katulu...this message was added by lord katulu if you couldn't tell :-)

Laura-Lee-sweets   A Dedicated Forum Discussion Manager and guild advertiser (always performing miracles)...she was the rank of 3rd General for Wild Seven. The Age of Ruin was taking too long to arrive and so she temporarily left to take rest. We hope she comes back soon. Realized lord Katulu was made general, said wtf! and then came back to knock some sense into the rest of the guild. :-)

Dhdave has been appointed the first Influence Captain! His goal is to spread unregulated commerce and excessive drinking throughout San Satanos! - Appointed 8/12/2012

XenoEnd has been appointed the second Influence Captain! His goal is to conquer Monsterdam one beer and one arena fight at a time! - Appointed 8/22/2012

Azalp Ortnec has been appointed the third Influence Captain! For a good reason he thinks bludgeoning the traders wallet in Tradeburg is his idea of fun! - Appointed 8/23/2012

Njack has been appointed the fourth Influence Captain! He decided Godville Glory drinks so much beer that Beerburgh was a natural choice! - Appointed 8/30/2012 In addition, Xeno is having trouble fending off the hordes of monsters in Monsterdam. Njack has graciously volunteered to help. :)

5/level ranking up Ie.. Chief Master 15,advisor 20, Grand Master 25, Cardinal 30, Hierarch 35, Matriarch/Patriarch 40 etc. This will be updated once a week when the guild ranks are updated, usually Sundays

25 referring a friend to join forums, 2x if they join the guild as well

150 For reaching temple or Pet Medal with Wild Seven, we postdate as well : )

250 Suggesting an idea that is accepted into the point system

250 For being #1 in a pantheon or being feature in Godville News (having witnesses helps!)

To celebrate the stupidity and inebriety of our heroes we have set up our own Pantheon of Stupidity. The top 10 stupid entries will be posted here and will earn guild points. May the best joker, ahem hero, win! Entries may include incidents involving alcohol, randomly wasting money, upgrading useless skills, doctor visits, pet checkups etc. Feel free to add to the list of numerous ways heroes waste money. Any god that makes the list but is then displaced will always have an honorable mention at the bottom of the pantheon.

Sometimes heroes will amaze their gods and do something incredibily smart. Although very, very rare those moments of genius are noted here. Pet resurrections, praying to god, saving money for retirement, winning a skirmish without god influence, upgrading a combat skill or equipment, good tidings from an activatable artifiact, all count in this category. If there are other smart things add them here. Any god that makes the list but is then displaced will always have an honorable mention at the bottom of the pantheon.

If you have artwork please sent