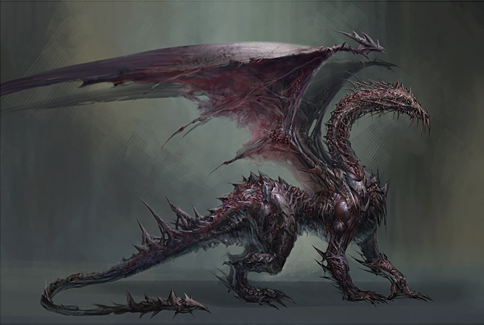 I am an Old God. One of The Seven. Before the time of man, we, together with now nameless, forgotten brothers, ruled the universe, travelled space in the chaos that was pre-time, wreaking havoc where we went. Worlds disintegrated and arose at our wish, the destiny of everything was ours to decide. For an eternity nothing came to pass unless we willed it so and most of us cared for nothing but the power. But even with this, even with the power of everything in our hands, there was no life. For we were the essence of the universe, immortal by design, outside time, beyond life and death; forever ruling the Void but only as children rule their toys, with the power to build and tear down but never to animate.

And so it was that some began to wonder. "Is this all we can do? Is there nothing more to the universe than this? Is this how far our powers reach?". The questions as such were no cause for concern but the ones asking them started to degenerate. Where once at every corner of the universe within the span of a thought, they would now slow down until completely immobile, standing like statues looking quizzically ahead of themselves as if pondering some great problem. And so they would stay for aeons in that same spot, still and pensive, beyond the reach of their brothers.

And they in return worshipped us. Adored us. It was never affection determined by the amount of spells received, it was love unconditional. They were our children and we were their gods. So when the Maker came, when the most powerful Spirit of the Fade turned against us in jealousy and bound us in slumber deep underground, our children, encouraged by their dreams in which we could still talk to them, marched to the Golden City to persuade him to release us. When he saw them, the Maker laughed at their mortal desperation and scornfully turned down their pleas. He tried to drive them out of the city but could not, so strong was their desire to save us. And so they slept at his feet, at the base of his throne every night with the hope that the next day would bring salvation. None would come, however, and at the dawn of the seven day, the mages of Tevinter realised the Maker would not show compassion. Despair brought bitter tears to their eyes and where the drops fell, the ground would turn black, tarnished by the sadness and sorrow of the mages. This dark despair spread to everything, slowly corrupting all things of the Maker, giving eternal evidence to this his greatest injustice. 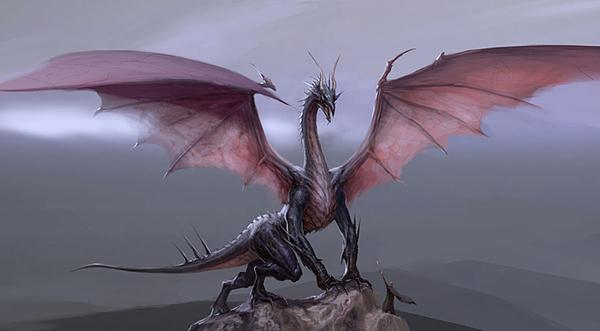 This is the true beginning of the Blights of Thedas. It was indeed the mages of Tevinter that corrupted the Golden City and turned it black but only through the wrongdoing of the Maker himself. The taint, which the despair of the mages would come to be known as, eventually spread out from the Black City, swallowing even those among the mages that were too disheartened to return to Tevinter. Those mages, tainted by their own sadness, were the first darkspawn. Driven by their bond to us, by the Song constantly playing in their hearts, they would dig deep, relentlessly searching for a way to free us, their gods. They found us, too, those wretched souls; not all seven at once but one by one over the ages. In their eager to return us to the surface, to light, to life, they fought, cried and bled and so gave us the Corruption. Overwhelmed by the strength of the feelings in the Taint, we spiraled down into an abyss of maddening rage; rage against the Maker for hurting our children and causing them grief. And so we became Arch Demons.

My tale is somewhat different from that of my brothers'. Alive I was known as Urthemiel, the Dragon of Beauty, worshipped as the fairest and most graceful of the Old Gods by musicians, artists and poets alike. The Feast of Urthemiel was the grandest celebration of the year, an event that lasted a merry twelve days. Songs, plays, even entire symphonies were written in my honor, such were I loved by my children. I, too, was twisted by the Taint. My downfall, however, was not by the hands of the mindless seekers that crawled and scraped their way through dirt and rock. I was found by the first of the sentient darkspawn: The Architect. Vastly different from his brethren, he was born outside the Song and as such able to resist the calling of the Old Gods. Wanting to bring peace to Thedas and end the mindless killings of and by the darkspawn, he sought me out to stop the Song. By giving me Grey Warden blood to drink, he tried to make me a Disciple, tried to break my hold over the darkspawn. But something went awry; I was corrupted and so in 9:30, the Dragon Age, I, like four of my brothers before me, became an Archdemon and started what would be known to the peoples of Thedas as the Fifth Blight.

On A Lighter Note

Now, with the serious bits out of the way, let's dig into the saucy details, shall we? I know it may sound odd to some that I, an Old God, the - if you will - Antagonist of Ferelden, should join the Grey Wardens. But let me here take the time to tell you about the many, many, MANY advantages of being a part of the Grey Wardens. Firstly, ... err.. I'll have to get back to you on that one