Difference between revisions of "The Guild"

Abhorrent Creator   to our ranks! We also are now going to have random The Guild related messages at dispersed intervals even though were calling it daily!

Somewhere between Dec. 6 and Dec. 13 Now up to four members! We've entered the pantheon of unity! Four isn't a very nice number though is it? Personally I would prefer a bigger number...

Yes we are still (and always will be!) looking for more members! What better guild to join the The Guild? The most widely mentioned guild in the forums! (Try it! Search "The Guild" on the guild headquarters search bar!)


Who we are and what we do

Well I'm really hoping people have come to understand that we are The Guild after seeing the big title that says The Guild at the top of the page. As for what we do, not much so far. Being only a few days old we haven't had time to form much of a personality. When we do, I'll post it here! 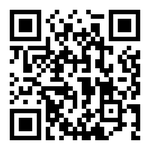