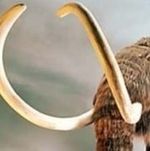 The Yorkshire Mammoth (Mammuthus Eboracensis) is a monster that symbolizes the might of Yorkshire.

The majority of the heroes of Godville have never heard of the Yorkshire mammoth. However, the villagers of Yorkshire argue that the mammoth in fact exists.