Difference between revisions of "Romanticore" 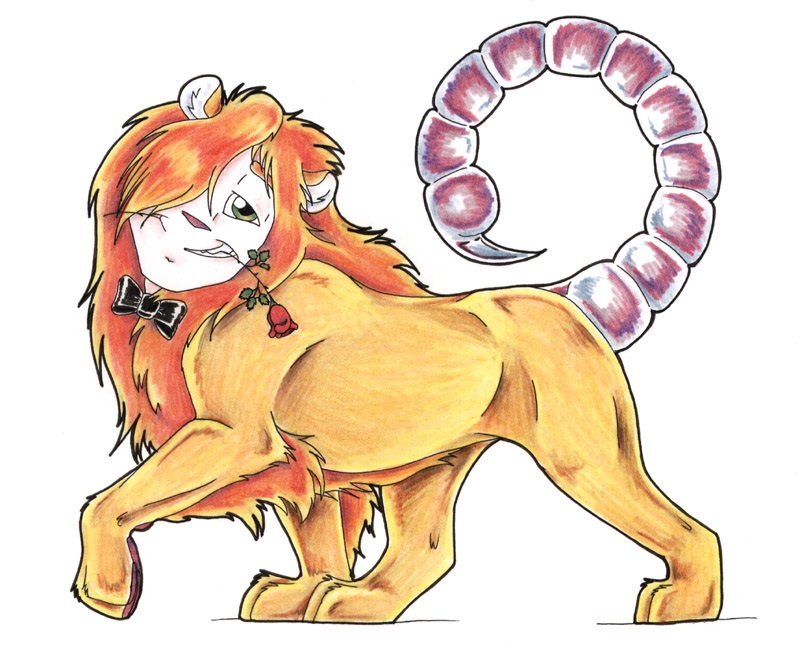 A Romanticore is a manticore that has become so lonely that it has decided to act romantically to any moving creature. Unfortunately most creatures find this disturbing and reject the Romanticore and send it into a blind fury. At some points during a fight a romanticore may try to calm down and do something romantic towards it's enemy only making the enemy sick with disgust and yet oddly flattered.

The Romanticore has flaming red hair and lots of grotesquely large muscles, if you ever want to tick off a Romanticore, call it fat and unattractive. Although you may come out missing a leg, or another vital body part. The Romanticore is an extremely dirty fighter when angry and means certain death to any hero who boldly ventures too far in the name-calling. [1]