Difference between revisions of "NKC48" 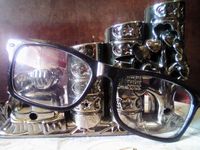 On the great war of light and darkness there are many people who suffered. The war caused a massive destruction to all living, until one day heroes questioned the Gods for the suffering of the innocents. They ask for guidance and the thing that could end the great war. The Gods have spoken with tremble on thunders and said: Go to the temple of blur seeing one and you'll find the answer". The heroes immediately followed the instruction and go there, a mass of massive skeleton is there and heroes fight through its way to the Temple of Blur Seeing One. The heroes won the great battle and proceed its way to the temple. On the temple they search for the guidance of God. After searching for a long time the heroes saw words lighten up and it inscribes The Great NKC48. Heroes go to lands of war and shouted NKC48!. With a lightning and rainbow struck on the ground the war has been silence, and the light and dark soldiers seems to retreat. After that the war has ended. With that the heroes have made a guild named NKC48, and their holy logo is the Temple of Blur Seeing One for it's the place of their great hope to end the chaos of the lands. Nobody knows the meaning behind the letters and numbers of NKC48. People are guessing and thinking the great 48 heroes has started to build the guild, and NKC is been given different meaning to every people, yet the greatest close guess to the NKC48 is it's a code to end the great war of light and darkness, but who knows what really it means?. Right now heroes travel to the lands of Godville and spreading the guild and the word, NKC48.