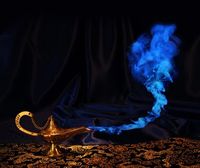 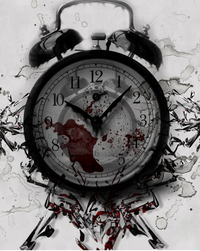 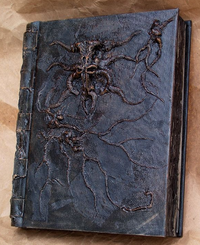 My ever obedient slave. The Sycophantom has been trained to never raise its head whilst in my presence. 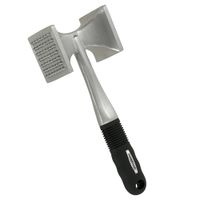 A cursed weapon created to crush enemy defences, both physical and magical.

As mentioned, Kyrin is anti-slavery. However, he makes an exception when the slave in question is either (a) a dead spirit and 3. a monster. He has thus designed the Bartenderizer - a weapon that was made to both destroy monsters in a slow and brutal way and to capture their souls, preventing them from resurrecting/respawning or moving on to their next life. The street-name that plebeians have given it, the Bartenderizer, although accurate is entirely inept. Its true name is The Lost Soul Smasher. It was designed to break the bodies of the enemy and cursed to capture the souls of the defeated and using their hatred as fuel to power the hero wielding it. As an added effect, it also makes them more evil-aligned. Woohooo! Suckers! 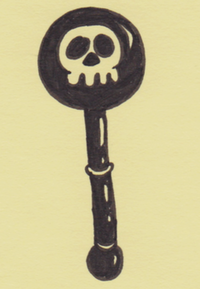 Kyrin whips this baby out whenever He starts feeling nostalgic. One day He intends to pass on His legacy to his bouncing baby boy.

Kyrin feels the need to preserve his legacy long after He passes on. To do so, He created the the Death Rattle that allows Him to record all his victories in the form of His opponent's death cries. He sometimes uses it to fall asleep at night. Such soothing sounds.