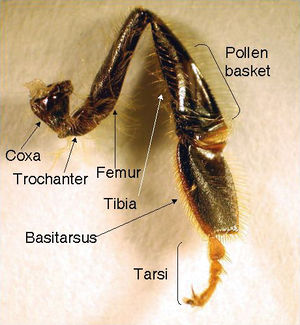 Hero
Quest
#1
Find the bee's knees and give them back

This quest, though it sounds relatively easy, is in fact a great test for any hero. It can be split into three simple steps.

Step 1-Find and retrieve some bee's knees not attached to their owner The only place these bee's knees can be found is on the premises of an evil beekeeper. Normal beekeepers have ways of removing honey from a bees hive without harming the bees within. However some beekeepers prefer to find a bee and then simply to pull its legs off and then brush the honey off the disemboweled limbs. Evil beekeepers only keep specially trained attack bees, preferring, as previously mentioned to 'collect' honey from wild bees. This step requires the hero to take back the knees before they are thrown away and without being seen by the beekeeper. Several heroes have died on this quest and were found covered in bee stings.

Step 2-Find a bee lacking in the knee department This step is designed to test a heroes patience as it usually takes weeks to locate the bee in need of help. One hero spent six years looking for one. He was driven mad and is sometimes spotted roaming the hills making buzzing noises.

Step 3-Attach the knees to the bee This step is not the most dangerous but it is the most difficult. The hero must have a tremendous eye for detail and be able to perform delicate tasks. He/she must be the sort of person who is able to thread a needle on his/her first attempt . The hero must perform a delicate surgical operation on the bee without being stung. The hero must then present the bee to the person who set the task and then must prove that the bee is able to move all six of his legs.

Tip: Some (usually evil) heroes will find a bee and pull it's knees off to save time looking for one who doesn't have any to begin with.