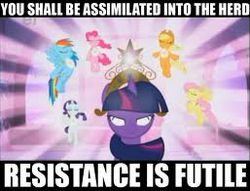 The Cutie Mark Crusaders are a guild devoted to the worship of My Little Pony Friendship is Magic.

The love of ponies has existed since the dawn of time, once a pastime of gods and heroes of a more... feminine gender, but it has since the great Faustian revolution attracted a large male following.

Macho people everywhere watched in horror as they saw more and more of their brethren fall to the charm of the miniature horses. Enthralled by their voice work, smooth animation and genuine humor many religions erupted around them.

Cutie Mark Crusaders is an attempt by various gods of Godville to keep their heroes faith pure, while still allowing them the happiness ponies bring. Curious gods are directed here: [1] 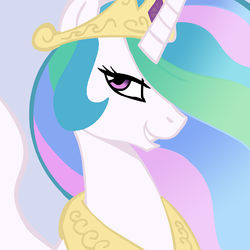 What do gods believe in exactly? Themselves? No. Other gods? Not a chance. They have their own deities.

One of these deities is Princess Celestia of Equestria, mistress of miniature pastel horses. While this seems like a petty dominion, her charm and grace has spellbound many a god, and these gods help usher in a new age for Godville. One filled with cupcakes and rainbows.

Being an overgoddes, she cannot influence mortals on her own, and has to influence normal gods to get her will through. Therefore, in an attempt to centralize her power, she's ordered the founding of a guild.

This guild, the Cutie Mark Crusaders, it's name a reference to another group in ponydom, strives to further Celestia's schemes, while spreading the Love and Tolerance that is bronydom.

And remember: Resistance is futile. You will join the herd. 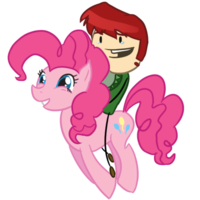 Whenever we actually do something, read about it here.

The Burning of Cupcakes

Heretics have been printing up scandalous stories in which a certain lovable pink party pony was portrayed as a vicious killer, cutting up everyone's favorite blue pegasus and baking her into pastries.

The perpetrators were found, sent to the moon, and any remaining copies of the book have been destroyed.

Everypony loved, everypony equal. Except the furries, buck them.