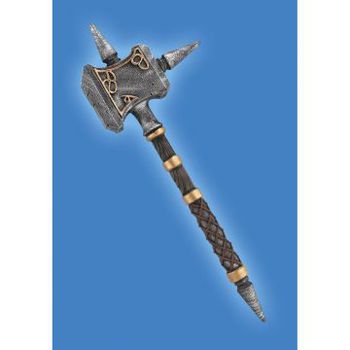 Legends say that it was used in times of old to banish evil heroes from the realms forever, until it fell into disrepair after the Admin of Los Adminos decided on a new policy of greater leniency which has allowed evil heroes to flourish. The banhammer is capable of erasing an enemy from existence as if they were never even born and some even say it may once have had the power to warp the very fabric of an IP address,until heroes complained that it was unfairly overpowered. The banhammer was eventually sent into circulation a while ago after its power had been greatly reduced. Many clones had been created, but they are rare. However, a lucky hero may sometimes find one in Tradeburg. These clones, though not as good as the original, can still be used in battle with great effectiveness but as for the original, its current location is unknown.