Acid Tears is a combat skill. The hero begins to cry, possibly giving him or her a chance to attack. 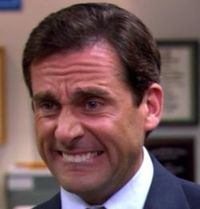 the early stages of using the "Acid Tears" skill

The monster will laugh at your hero if they attempt to use the skill at this level, making fun of his or her fake, sometimes called "crocodile," tears which usually results in the taunting by rival monsters. 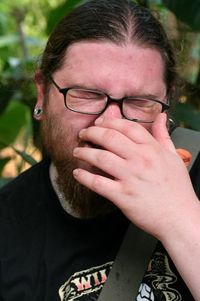 Use of the level 6 Acid Tears skill

Your hero can successfully sniffle but is unable to produce any actual tears. May confuse monsters and others as hero/heroine looks as is about to sneeze

Your hero/heroine is able to cry, usually by repressing his or her inner emotions in using the "Acid Tears" skill over time which will surprise the monster for a second or two.

Clearly a master of the "Acid Tears" skill

Your hero can cry tears made of literal acid. He or she has a stream of tears running down on his or her face. Some monsters will double over in laughter at your hero's pain, making it easier to kill. The hero finishes this move by "sucking it up, buttercup" with only the deepest mental scars built up over time to show he or she is very keen and adept at repressing their inner emotions and feelings.